The Apple 27-inch iMac gets a major update, there is the faster intel processors, better cam, SSDs, and nano-texture display. On that note, Apple also releases a few features upgrade for its 21.5-inch iMac and iMac Pro. The 27-inch iMac exterior design did not change very much, but the company a lot of work on the software aspect of the iMac. And that is the 10th generation Intel “Comet Lake” processors. 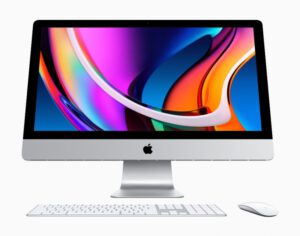 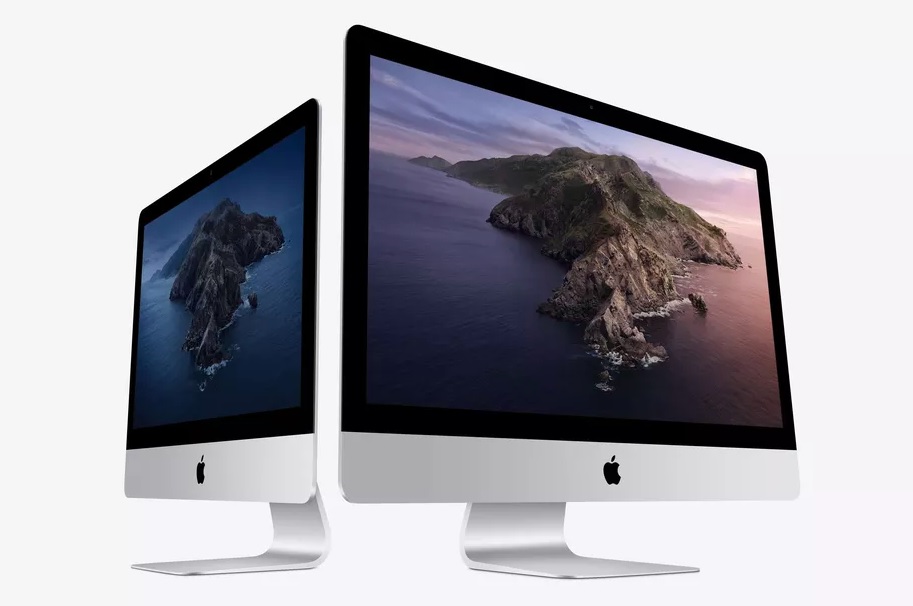 This is the first time Apple is fueling its 27-inch iMac line with such graphics memory. In respect to that, all three models arrive with an 8GB (2x4GB) 2666MHz DDR4 memory, and an option to configure up to 128GB total across the four SO-DIMM slots.

Apple decided to refresh all the internal features and leave out the physical design. It is safe to say that it still bears remarkable design to the previous generation, including all those black bezels around the screen and the big metal chin at the bottom.

While other iMac users might be happy about the web-cam improved features. Instead of the low-res 720p found in other Macs, we’ve got a new 1080p FaceTime webcam and an improved set of microphones.

The new T2 chip comes into work again, as Apple confirmed that it will enable improved resolution like tone mapping, exposure control, face detection, and the FaceTime camera will work in any videoconferencing app.

The face detection feature  can’t unlock the iMac, it is just for making your face to be properly exposed in video calls.

It’ll work with the speakers to provide variable EQ, higher fidelity, and deeper bass. Thanks to the T2 chip, there is “Hey Siri,” support, including for True Tone technology for adjusting the color temperature to the ambient lighting in the display.

To spice it up, Apple also added an optional $500 nano-texture glass coating for the new 27-inch iMac, which now comes with matte option support. Apple says that it is now identical to the Pro Display XDR with coating reflections reduction and glare on the screen by etching the glass at a nanometer level.

While the Apple 21.5-inch model is shifting to SSDs as standard costs $1,099 and will ship next week. On the same note, Apple noted that all the 21.5-inch models get 256GB as standard, and can be switched with a 1TB Fusion Drive (SSHD) for no additional cost.