Apple iOS14: How to Enable iOS 14 PiP Mode for YouTube 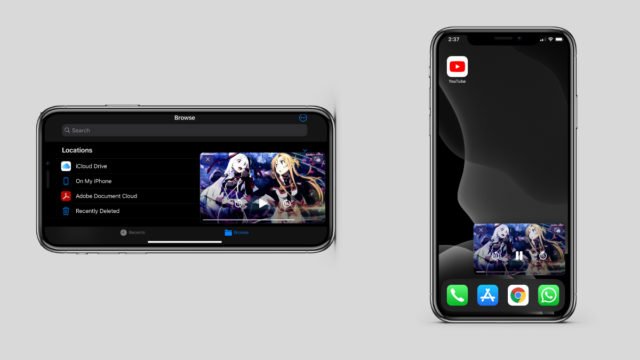 The iOS 14 picture in picture (PiP) mode is one of the biggest new features Apple introduced in iPhones. It allows users to users to watch videos or FaceTime people while doing other things on the device.

Back when iOS 14 was still in beta, all iPhone users were able to watch YouTube videos in PiP mode (via a web browser since it’s not available in the YouTube app). However, now, YouTube in picture in picture on iOS 14 can only be accessed by users who have subscribed to YouTube premium.

if you open a YouTube video on, for instance, Safari and tap on the PiP button, you will see the floating window for a second before it disappears.

Here, I will present you two ways through which you can watch YouTube in picture in picture on iOS 14 —

How to Enable iOS 14 Picture in Picture for YouTube?

Before following the below steps, make sure you have enabled iOS 14 picture in picture in the iPhone settings.

The easiest and fastest way to get YouTube picture-in-picture mode working in iOS 14 is by using the YouTube PiP custom shortcut. For this to work, you will need the Shortcuts app and the Scriptable app, both available on the App Store. Here is what you need to do next —

Once you tap on the shortcut, the YouTube video will start playing in the iOS 14 picture in picture mode. Here, you can also set the playback speed and video resolution in the YouTube mini player.

Alternatively, you can watch YouTube videos in iOS 14’s PiP mode using the Stadium Full Screen Browser available on the App Store. Here is what you need to do

Voila! You can now watch YouTube picture in picture in iOS 14. Thanks to DimVl for sharing this alternative on Reddit.

Amazon Delivery: How To Turn Off Alexa Notifications On Echo

How to Earn and spend CoinMarketCap free Diamonds.