Reports suggest Apple is finally working on a Google Search alternative for its fans. The move is being viewed as a consequence of the anti-trust fire the company has been facing recently. Along with Google, Facebook, and Amazon, Apple has been accused of using its monopoly position to destroy market competition in an attempt to increase its customer base and profits. To this end, the Apple-Google search engine deal has become a hot topic these days. 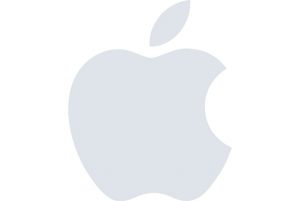 A report from the Financial Times points that the iOS 14 update now shows Apple-powered suggestions and links to websites directly when a query is entered on the home screen search bar. It’s a small change that may have gone past many eyeballs.

Anyway, Apple creating its own search engine would come as a major blow to Google’s revenue stream, as the search giant pays close to $12 Billion per year to win a preferred spot.

Nonetheless, the Google Search alternative in the works could act as a workaround if authorities manage to pull the plug on the controversial deal.

Apple  iPhone’s default web-crawler Applebot is more active than before, trying to index as much of the web as it can.

The company hired Google’s Head of Search John Giannandrea a couple of years ago to work on its AI efforts and Siri voice assistant. But it might utilize Giannandrea’s experience in building a search engine as well. Not to mention, Apple has also been posting job ads for search engineers.

Overall, it’s believed that Apple is the company that has enough resources to create a search engine that can rival Google’s. This includes crafting an advanced crawler capable of indexing tens of billions of web pages and building robust backend infrastructure that can handle user queries in almost no time.

However, all of this is easier said than done and only time will tell if Apple actually creates a Google Search engine rival or ends up with a workaround for its own devices.