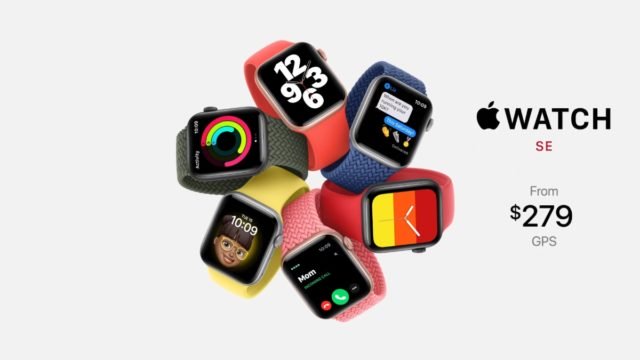 At Apple’s ‘Time Flies‘ event, Apple has announced Apple Watch SE, an affordable edition of its popular smart wearable. The several rumors previously already indicated that Cupertino giant is working on a simmered down Apple Watch Series 3 variant that could be available at a cheaper price. Apple Watch SE brings a couple of basic health-centric features that are usually found in several fitness bands and smartwatches.

Apple Watch SE shares a host of features with Apple Watch Series 3 that was launched back in 2017. You get a fall detection feature, an always-on altimeter, a larger watch display, accelerometer, heart rate sensor, compass, gyroscope, and motion sensors. Apple boasts that its Apple Watch SE is two times faster than Series 3, thanks to the S5 system-in-chip it is powered by.

With the launch of Apple Watch SE, Apple is venturing in the affordable smart wearable territory to directly compete with the likes of FitBit and other budget smartwatches. The SE moniker indicates that Apple is planning to carve an affordable series of products and we might see new SE products from Apple in the future.

Zoom Meetings: How to Auto mute and unmute your Mic