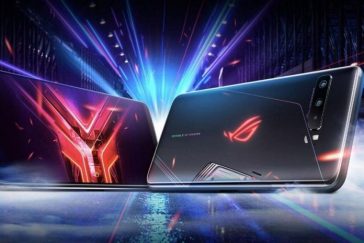 ASUS has launched a new RAM and storage variant of the ASUS ROG Phone 3 – the 12GB RAM + 128GB storage model.

The new variant arrived with a price tag of Rs 52,999 (~$723). According to the company, the smartphone will available for purchase through Flipkart starting from October 16.

The screen has a 144Hz refresh rate and is shielded by the Gorilla Glass 6.

Of all the smartphones presently available in the market, the ROG Phone 3 is one of the few that operates on the high-end Snapdragon 865+ mobile platform, which clocks at 3.1GHz.

The smartphone ships out with an LPDDR5 RAM and UFS 3.1 storage system. On the inside, it houses a massive 6,000mAh battery that supports 30W of fast charging.

As for optics, the device offers the user with a high-resolution 24-megapixel selfie shooter. On the backside, it sports a triple camera system, which comprises of a 64-megapixel Sony IMX686 primary lens followed by an ultrawide 13-megapixel shooter and a 5-megapixel macro sensor.

Other features of the smartphone include an in-screen fingerprint scanner, dual USB-C ports, and stereo speakers with two dedicated amplifiers.

However, the ROG Phone 3 lacks support for storage expansion and a 3.5mm audio jack.