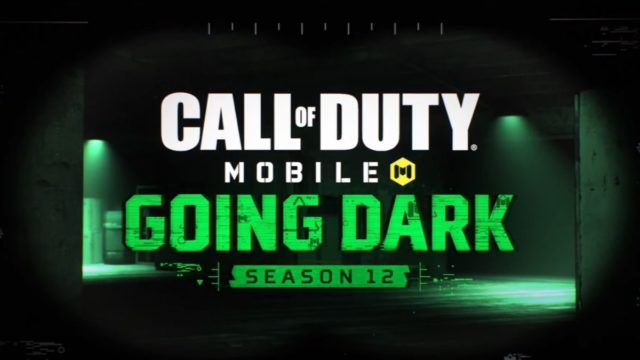 Call of Duty Mobile players are desperately waiting for the launch of Season 12. If you are one of them, rejoice because CoD Mobile confirmed that the new season is titled ‘Going Dark’ and the update will be dropping this week.

Call of Duty Mobile revealed the title of Season 12 by posting a short trailer on its social media handles. The trailer for COD Mobile Season 12 also teases Captain Price and Ghost operator skins, our two beloved Call of Duty characters.

Interestingly, the ‘Going Dark’ title and everything else in the teaser indicates the arrival of ‘Night Mode’ in Season 12. Captain Price is wearing the Night vision goggles in the teaser, which were previously leaked through in-game files.

It’s already been confirmed that Season 12 will feature the Hackney Yard map in COD Mobile. There were rumors that the fan-favorite Modern Warfare map might have a night theme. Well, after looking at the teaser, it’s safe to say that the rumors were true.

As of now, there’s not a single official release date for COD Mobile Season 12. However, the expiration date of Season 11 Battle Pass suggests that Season 12 will launch on November 11.

The update came with many bugs and glitches in both Multiplayer and Battle Royale. COD Mobile fanatics expect that the upcoming Season 12 update will fix all game issues.

Samsung One UI 3.0 Android 11 Features and list of Supported Devices