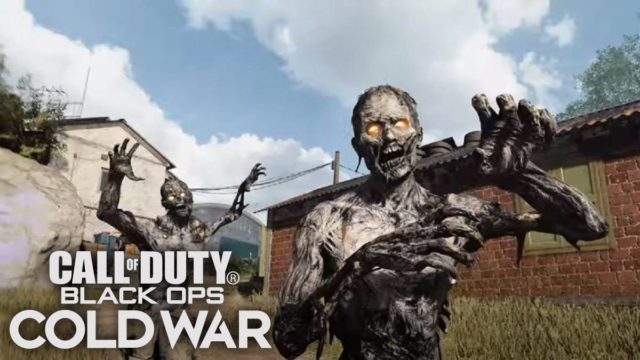 COD: Black Ops Cold War will have a unique Zombies mode for PS4 and PS5 players. The mode, called “Zombies Onslaught” will be exclusive to PlayStation for a year, after which it will release on other platforms.

Call Of Duty Zombies Onslaught is a two-player co-op mode where you’ll have to outlast increasingly powerful waves of zombies. Longer survival translates into better rewards for players.

Zombies Onslaught will put two players in a zombie-infested area on one of the various multiplayer map locations. Players will have to work in tandem to counter the zombie attack and survive. The weapons loadout, in this mode, carries over from the multiplayer and the main Zombies mode.

In the new mode, players will have to stick together inside a zone demarcated by a Dark Aether Orb. If a player exits the Orb area, he will sustain Dark Aether damage and lose health. Adding to the challenge, this zone will keep changing throughout the round.

Take note that Zombies Onslaught is different from the main “Zombies” mode which will be available for all players on PC, PS4, Xbox One X at launch. In the returning Zombies mode, players as part of CIA-affiliated Requiem go up against Soviet-backed Omega Group for unearthing the mystery that lies in the abandoned WWII bunker in “Die Maschine“.

CoD Zombies Onslaught mode will be available on PS4 and PS5 when Black Ops Cold War releases on November 13, 2020. However, the other platforms won’t receive this mode until November 1, 2021.