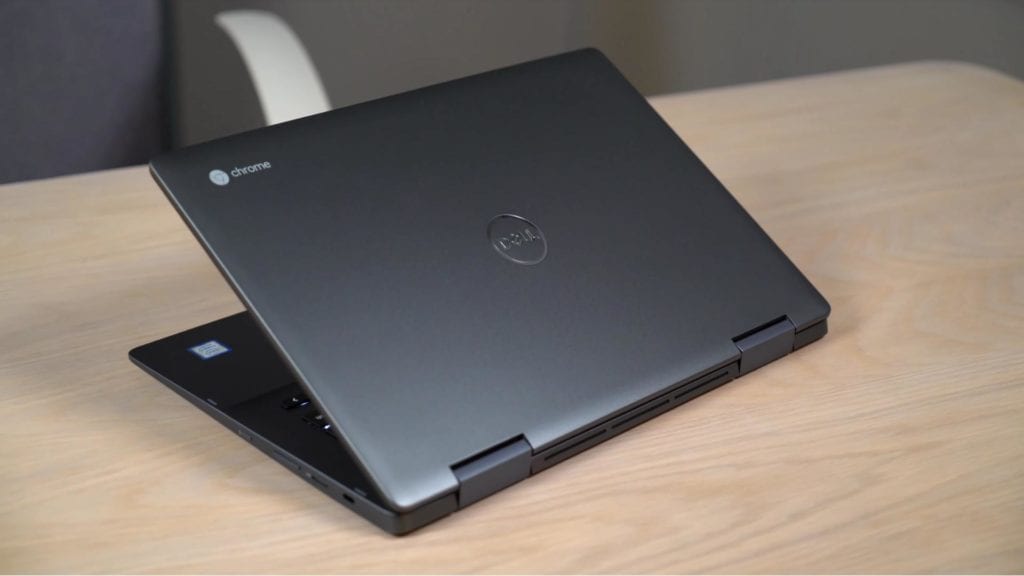 Powered by a 15W dual-core 8th-Gen Intel Core i3-8130U processor with four threads and built on the Kaby Lake architecture, the Dell Inspiron Chromebook 14 will handle your daily runnings without lag. It also runs on the Chrome OS which allows you install and use Android apps without missing out on the laptop experience. You might, however, not be able to use heavy laptop apps though.Storage-wise, there is only one available configuration of the Dell Inspiron Chromebook 14: with 4GB DDR4 RAM and 128GB of eMMC storage. You can expand the storage by using the micro SD card slot or external drives via the USB Type-A and Type-C ports.

Coming with a Full-HD (1,080 x 1,920 pixels) IPS “TrueLife” LED panel, the 14-inch display will produce brilliant and accurate colours and impressive image quality. However, despite the 270 nits brightness, the glass covering on the display is reflective, which may give you a hard time using it outdoor under sunlight. The display bezels are somewhat large but the 14-inch size of the display is great for productivity, either in tablet or laptop mood.The display works smoothly with the default stylus but will also work with any standard Electromagnetic Resonance (EMR) stylus pen. Interestingly, when you detach the built-in stylus pen from its base at the bottom of the Chromebook, the device automatically opens up the pen options on the display. The pen (icon) options are at the bottom-right of the display and allows users perform actions like capturing the whole display, creating Notes in Google Keep, capturing a portion of the display, use the pen as a laser pointer etc.