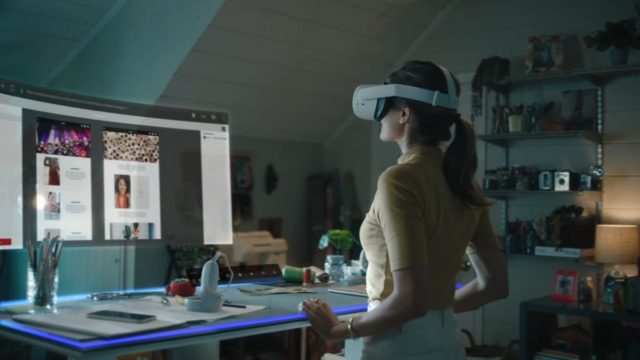 Facebook has introduced Infinite Office to let people working from their homes experience a virtual office environment. It has a set of new capabilities that can provide immersive virtual office space through the Oculus Quest VR headset.

Features like the Passthrough mode will let users toggle between a fully immersive experience or one mixed with the real world.

Other features will allow users to work across multiple screens that can be customized. The virtual screens are built on top of the Oculus Browser.

More interestingly, with the cameras onboard, users can see the live feeds and integrate the VR world with the real world.

As a part of its early experiments, Facebook has integrated Spatial with Infinite Office. Spatial is an augmented reality platform that allows users to talk and work with their colleagues in a virtual office environment.

Additionally, Facebook has partnered with Logitech to develop a physical keyboard that could be recreated in a VR environment to mirror a user’s physical actions. Furthermore, the keyboard will also feature a built-in trackpad for the virtual reality setting.

The Infinite Office capabilities will roll out in the winter on Oculus Quest 2. Facebook also plans on releasing the Passthrough mode and other technologies in the future.

Download and play Xbox One Games for Android for free