Facebook is probably tired of Apple’s rejection and decided to void Apple’s App Store policies, and launches Facebook Gaming on iOS without games, after over fur times of App store claimed policy violation.

In order to violate the polices, and to pass Apple’s strict App Store approval process, Facebook has had to remove the app’s mini-games feature. However, the social media company isn’t the first, Microsoft has also condemned Apple’s App Store policies. 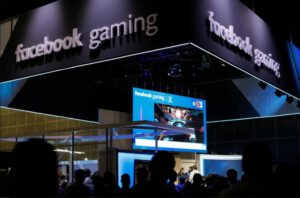 Facebook previously said that the Facebook Gaming app has been rejected multiple times by Apple in recent months. In defense of blocking cloud gaming services like xCloud, Stadia, and GeForce Now from the App Store. Apple said, “Our customers enjoy great apps and games from millions of developers, and gaming services can absolutely launch on the App Store as long as they follow the same set of guidelines applicable to all developers, including submitting games individually for review and appearing in charts and search,”.

Similar to Twitch, the primary use of the Facebook Gaming app is to watch streams of games on both iOS and Android. Meanwhile, Facebook decided to tweak it a little bit by adding a number of mini-games from Facebook’s Instant Games platform on Android, and Apple doesn’t support that.

Apple said the App Store has many apps that offer casual games, and that follow its rules, including the main Facebook app. Apple will hold its annual developer conference next week.

Anyways, Facebook said it would release Facebook Gaming when Apple approved it. The iPhone’s makers, Apple is facing growing criticism from rivals and the gaming industry to loosen its App Store restrictions.