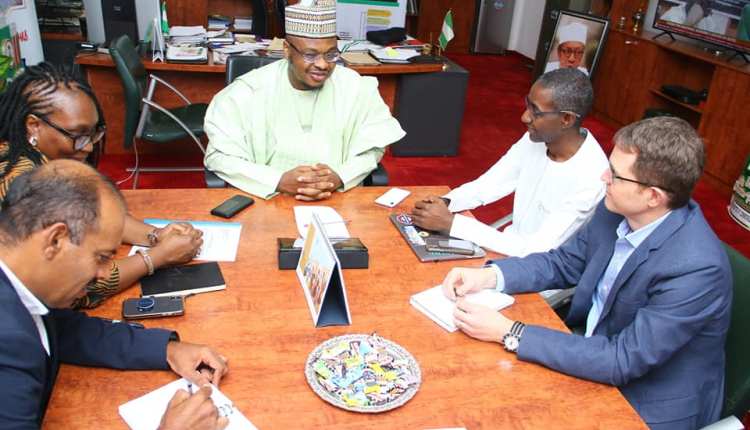 There were over 20 million Facebook users in Nigeria as at March 2019, which accounted for 10% of its entire population. The Company could deploy (in Nigeria) its solar-powered drone even as it continues to develop a satellite, both of which would beam internet access to remote communities from the sky.

The team said the visit was to explore possible areas of collaboration and further key into the National Digital Economy Policy and Strategy unveiled and launched recently by the President.

Facebook’s co-founder and chairman, Mark Zuckerberg, has made it clear that he wants to connect the whole world to the internet, describing access as a basic human right.

The Company’s Free Basics initiative, in which mobile users are able to access the site free of data charges, is available in 42 countries, more than half of them in Africa.

According to the mobile industry trade body GSMA, there will be as many as 700m smartphones in sub-Saharan Africa by 2020. “But a handset alone may not get you online,” explains GSMA’s Head of Mobile, Yasmina McCarty.

Through Facebook Connectivity, the company is working to bring internet access and its benefits to everyone, giving more people a voice, strengthening communities, and creating new economic opportunities.

To do this, Facebook engages in partner-first approach, working with network operators, equipment manufacturers, and other partners to introduce new initiatives and develop technologies that help bring people online to a faster internet.

In Nigeria, for instance, Facebook continues to work with partners on open-access transport networks, investing alongside providers to deploy and manage these networks. In February 2019, the Company in partnership with MainOne is building an approximately 750 km open-access fiber deployment in Edo and Ogun States.

“The project includes co-investment from Facebook and support from Local State Authorities. When completed this year, this new infrastructure will be used to connect mobile operators’ base stations and points of presence (POPs), reducing costs and, more importantly, increasing capacity”, Facebook posted on its website.

Back to Facebook’s visit to the Minister, the delegation led by Mr Ba also informed the Minister of the plan by Facebook to partner with the Nigerian Government in the areas of Broadband Penetration and Digital Literacy and Skills Development in a bid to support the pillars of the National Digital Economy Policy and Strategy.

In his remarks, the Dr. Pantami, pledged the Federal Government of Nigeria openness to a partnership with the Tech Giant.

The Minister said, “Facebook as a Social Networking Platform is one of the major stakeholders we have in Nigeria with most Nigerians addicted to the social network platform.”,

Dr Pantami also informed the Facebook team that the National Executive Council of Nigeria chaired by the Vice President of the Country, Prof Yemi Osinbajo have agreed on N145.5 per linear meter as the price of Right of Way (RoW) and called on the team to honour the laws of the land while deploying the proposed broadband infrastructures.