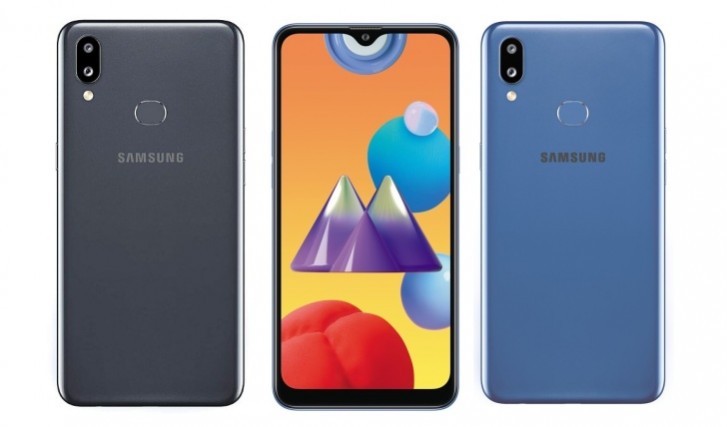 Samsung Galaxy M01s is the company’s latest Smartphone in the Galaxy M-series, and also an entry-level Smartphone with a tall 6.2-inch HD+ Infinity-V display, and powered by MediaTek Helio P22 processor.

The Galaxy M01s comes to India just a month after Samsung announced the Galaxy M01. Both phones are quite identical to each other, but the Galaxy M01 is powered by a more powerful Snapdragon 439 processor.

It is unarguably that the phones are offering almost similar specs and features, but Samsung aims the Indian market, as the South Asian country is of the few places globally where smartphone sales are growing.

The Samsung Galaxy M01s bring a larger 6.2-inch HD+ Infinity-V LCD on the front with 81.8% screen to body ratio, MediaTek Helio P22 chipset, and a rear-mounted fingerprint scanner, which is enough to keep it different from the Galaxy M01.

You can find the phone in a single 3GB of RAM, 32GB inbuilt storage, expandable up to 512GB via microSD card and runs on Android 9.0 (Pie) with One UI Core 1.1 out of the box.

Samsung plastered a dual rear camera setup, which includes the primary 13-megapixels and the secondary 2-megapixels as the depth sensor. While an 8-megapixels stays inside the Infinity-V display at the top.

It packs a 4000mAh battery capacity, which poorly charges via a micro USB port. The phone costs INR 9,999 ($133). It’ll be available on Samsung’s online and offline stores, along with other big online retailers.