Gionee K30 Pro Arrives in China with 8GB of RAM, and a 4,000mAh Battery Capacity 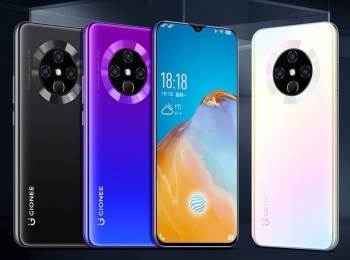 The new Gionee K30 Pro arrives with a 6.53-inch LCD panel that has a teardrop notch design. The screen of the smartphone carries support for an HD+ resolution of 720 x 1520 pixels.

Interestingly, the Gionee K30 Pro is the same smartphone that surfaced recently on TEENA with the GSE1020 model number.

On the inside, a MediaTek chipset that clocks at 2.0GHz fuels the Gionee K30 Pro. It comes with up to 8GB of RAM and native storage space of 128GB.

It houses a 4,000mAh battery, which as of now, we are not sure whether it supports fast charging.

For the lenses, the Gionee K30 Pro has a front-facing 8-megapixel sensor. On the backside, the phone has a circular-shaped camera module that houses the quad-camera setup.

The module consists of three cameras, a LED flash unit and a circular fingerprint scanner. Presently, all we know about the camera configuration is that is includes a 16-megapixel primary shooter, supports macro shooting, real-time AI-beauty, and a 120° wide-angle photography.