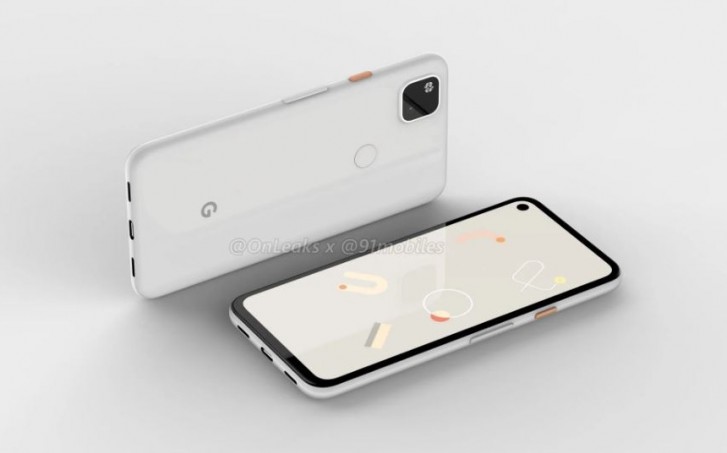 Google’s midrange Pixel 3a duo proved to be a real hit with users who don’t care about the latest flagship specs but want a solid camera experience and stock Android. A new set of renders courtesy of @OnLeaks is giving us our first look at the upcoming Pixel 4a which brings the familiar Pixel 4 design with a few twists.

For starters the display will feature a punch hole in the top left corner for the front-facing camera marking a first in the Pixel line. The screen is believed to come in between 5.7 and 5.8-inches and the bezels appear noticeably slimmer than the current Pixel 3a.

Going around the back we see the protruding square camera cutout from the Pixel 4 line but this time around it’s smaller in size and appears to come with a single camera. It also houses the LED flash and the accompanying sensors. Making their return from the 3a are the rear-mounted fingerprint scanner and 3.5mm headphone jack. The back appears to feature a single tone gloss finish.

The phone’s dimensions are expected to come in at 144.2 x 69.5 x 8.2mm. There is still no word on the actual specs so we’ll have to wait for more clues. Keep in mind that this is an early render and is by no means the final product. According to speculations, we should see the Pixel 4a launch during Google I/O 2020 alongside the next version of Android.