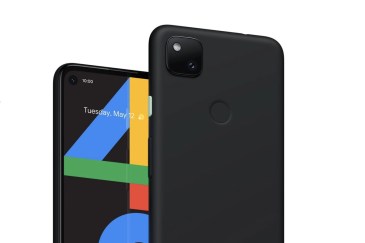 It seems Google is intentionally keeping a tight lip about the Google Pixel 4a until the device rolls out officially.

Probably due to the global pandemic and some other reasons best known to the firm, the official launch date of the Google Pixel 4a got postponed severally.

Recently, it was rumoured that the smartphone’s launch event will hold sometime in the first week in August. Google confirmed the rumours when it released a couple of teasers of the device.

However, the smartphone’s alleged specifications have been shared by a tech tipster on his Twitter page.

The Google Pixel 4a smartphone will arrive with a 5.81-inch punch-hole OLED display. According to the leak, the screen supports a Full HD+ resolution and has an aspect ratio of 19.5:9.

Under the hood, the device will rock Qualcomm’s Snapdragon 730 chipset alongside 6GB of RAM. Out of the box, the Pixel 4a will feature 128GB of in-built storage.

As for the cameras, on the front side, the smartphone will sport an 8-megapixel lens with 84° field-of-view and an f/2.0 aperture.

On the rear, the Google Pixel 4a rocks a single 12.2-megapixel sensor with an f/1.7 aperture. The camera has a 77° field-of-view and has the capability to shoot videos in 4K resolution. In addition, the camera support 30FPS and 1080p 120FPS captures.

The tipster also revealed that the smartphone would feature an Always-On Display and Now Playing.

The phone will draw power from an in-built 3,140mAh battery, and it carries support for 18W fast charging tech.

As of now, it’s not yet confirmed if the smartphone will be available in other RAM and storage options. However, the 6GB RAM + 128GB storage version of the Google Pixel 4a will carry a price tag of $349 in the United States according to the tipster.

It was further hinted that the device would be available in the US, Japan, Ireland, the UK, Australia, Germany, and Canada.