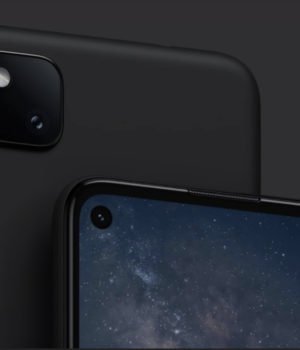 According to DXOMARK, a reputed camera ranking website, the Google Pixel 4a is an “excellent single-camera smartphone” and offers the same camera quality as Pixel 4 in “many aspects.”

that shouldn’t be a surprise since Pixel 4a indeed use the same 12.2 MP 1/2.55″ sensor with 1.4µm pixels and f/1.7 aperture that we saw in the last year’s Pixel 4. With these camera specs, the Google Pixel 4a managed to bag a score of 122 in the photo category.

DXOMARK observed that Google has improved the camera with respect to Pixel 4 in areas like autofocus performance, noise, and texture of photos clicked. “For the most part, the Pixel 4a gets the basics right in many still photos,” writes Paul Carroll of DXOMARK.

Carroll was particularly impressed with Pixel 4a’s low light photography and noted that the phone outperformed flagships like Apple’s iPhone 11 Pro Max in some scenes.

Apart from that, he noted that the phone produced “the most intense depth-of-field effects of any smartphone” in portrait shots that resulted in a nice effect in the background.

Coming to videography, the phone got a score of 98, which is again comparable with Pixel 4. Carroll saw that color, autofocus, and noise are its principal strengths in video.

it’s not all good and the phone does lack in a few areas like it offers low details in most shots, there are autofocus failures in long-range zoom photos, and more. But the biggest problem with Pixel 4a is the lack of an ultra-wide lens due to which it got 34 in the Zoom category. Overall, the phone received a net 111 score which is an average score, in the budget category.

We can’t ignore the Pixel 4a’s score in still photography. Interestingly, it is above the photo score of OnePlus 8 Pro, which sells at $899 for the 8GB+ 128GB variant. To compare, the Pixel 4a is priced at $349 for the only 6GB+128GB option. Then again, the overall score of the OnePlus 8 Pro is still higher mainly due to bonus points it got from having an ultra-wide and a telephoto lens.

OnePlus 9 Series Renders Reveal Some of its Specs and Design