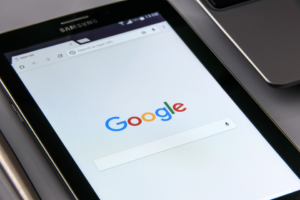 Like every other thing that Google makes, the company expects to capture the most market share on such a product. We have seen that drive in the emailing apps, mobile operating system, and the laptop/ desktop computer hardware scene.

Yet another area of dominance for Google, which cuts across different platforms is its Google Chrome browser.

For a company that feeds off data, there have long been concerns about how safe Google Chrome can be. Right now, we have more reason to look at the safety profile of everyone who surfs the internet with their Google Chrome browsers. 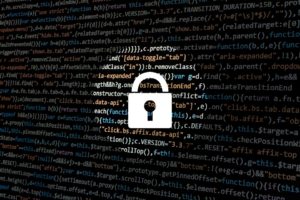 When Google brought the Incognito Mode to their Chrome browser, that was to much acclaim. Users get to surf the web without worrying about wiping their history afterwards. The best thing for some was that websites could no longer store cookies on the browser when visited using this mode.

Google also marketed the Incognito Mode well, but they might not have amplified the weaknesses of this feature. The most important is that what you are doing on the internet is still visible to your ISP and network provider – be it a school, an employer, church, etc. In context, you are only protected from people looking at your browser history since even the webmasters get information about you.

Leaving that for a minute, Google Chrome extensions have been the subject of concern in recent weeks.

That, and we have not even talked about an official confirmation of a possible vulnerability in the browser. Google confirms that this threat is a critical one, showing the severity of data and information that could be stolen if hackers were to act on that.

There are more, of course, but these are enough to show that the browser is not as safe as we will want it to be.

Unfortunately, people cannot just be told to stop using the Chrome browser. Marrying ease of use to a seamless and beautiful UI, the browser has cemented itself as the most used in the world. That, however, does not mean you should stay in the way of a breach waiting to happen.

If you cannot stop using the browser, consider making your privacy the priority too.

Start by keeping your passwords off of Google Chrome. Get a third-party password manager to keep all of your passwords safe and secure instead. Since you now also know that Incognito mode doesn’t protect you as much as you thought, getting a VPN Google Chrome extension doesn’t sound like a bad idea.

The VPN tunnels your internet data through a series of servers, losing anyone following your data trail. This way, not even your ISP can determine what you are doing on the internet.

You should also see what the Google Chrome settings page has to offer in terms of privacy. Choose the settings that best apply to the kind of privacy model that you want. Fortunately, you don’t need to be tech-savvy to get this done since the options in there are self-explanatory.

Likewise, do not browse the web on public Wi-Fi networks. Besides incurring the general dangers of even legitimate free Wi-Fi networks, you could also fall to the rogue Wi-Fi network scam. If you must use an untrusted Wi-Fi at all, make sure that the connection is layered over your VPN first.

Don’t forget to update the Google Chrome browser as soon as you get an update also. These updates are usually sent out to add new features and fix severe flaws in the system. Getting them is the only way to stay secure against the discovered exploits.

TikTok ban message is an error, Amazon said to employees