Bitcoin just dove $1,400 in the past five minutes as bears have seemingly re-entered the cryptocurrency market. The digital asset hit $10,600 at the lows and has since rebounded to $11,100 as countless traders have bought the dip as per their Twitter fees. 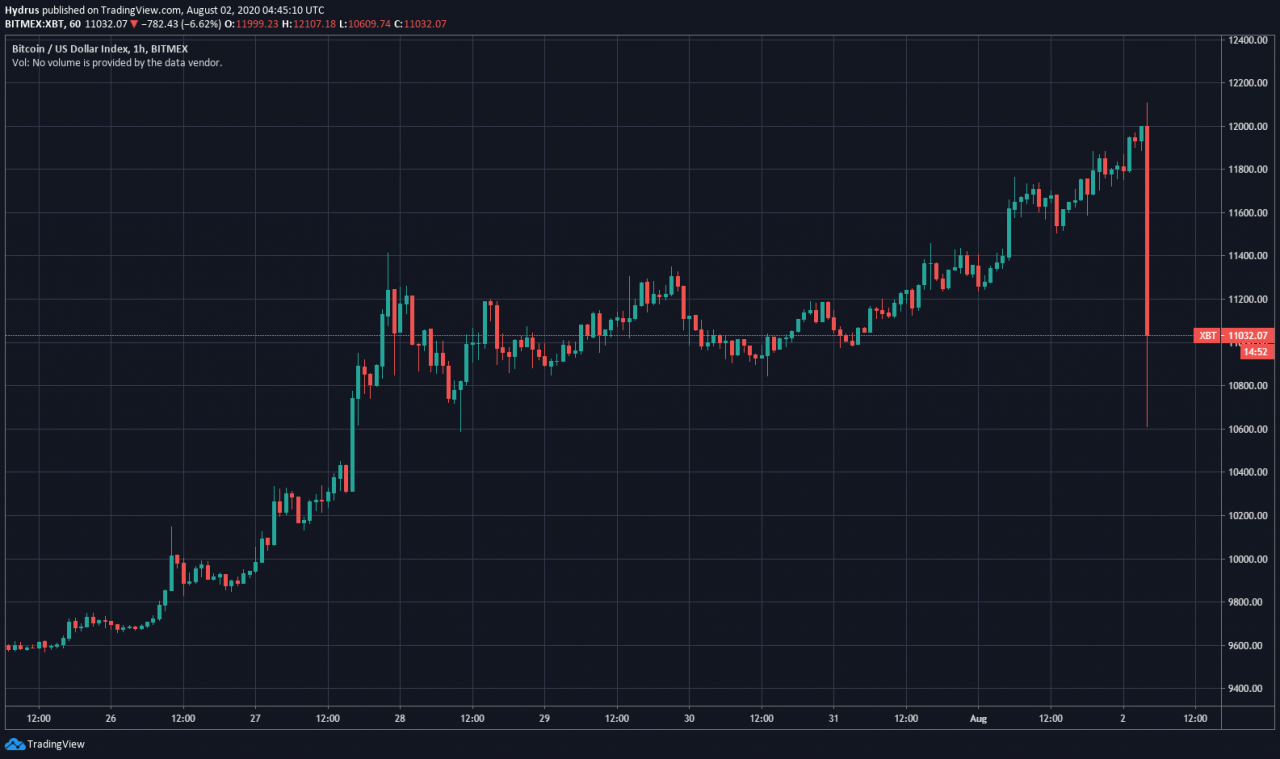 On BitMEX alone, this move liquidated $125 million worth of Bitcoin longs that were presumably overleveraged.

According to a trader’s data, over $1 billion worth of positions across the market were liquidated over the past hour alone. Much of the liquidations were centralized in Bitcoin and Ethereum, which seemingly reacted the fastest to the move.

Ethereum dropped as low as $302 on Binance’s futures platform and almost as close to that level on other margin platforms.