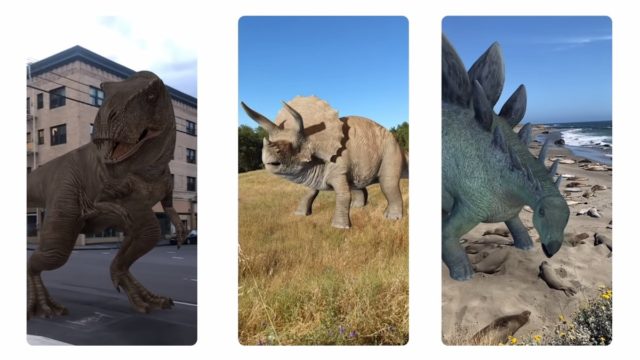 Google has added a lot of 3D interactive objects, but the most fascinating is the Google AR animals. Literally, any Google user can view live animals through their smartphone.

According to Google, the “easiest way to wrap your head around new information is to see it,” and that is where Google’s “View in 3D” animals come in. Here, you can scale 3D figures, move them around in your surroundings, or juxtapose them in weird places.

The best part about Google’s new feature is that you don’t need a Pixel phone to make it work. It will work on any smartphone, provided it’s an Android or an iOS device.

Do 3D Animals run on iPads?

3D Animals also works on all iPads running iOS 11 and above (now iPadOS).

Which 3D Animals are on Google?

Here are a few things you can try if 3D Animals on Google is not working on your device —
1. Reboot the device
2. Update “Google Play Services for AR” from the Google Play Store.
If it’s still not working, then either the particular 3D Animal or the entire service is not available on your smartphone.