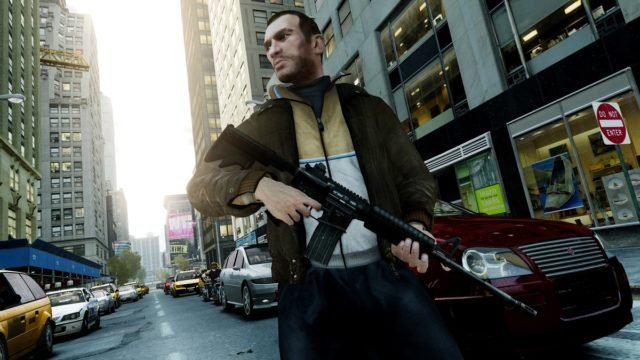 GTA IV, lost in obscurity since GTA V released, is now making rounds on the internet again. The reason being a Pakistani news channel that recently used the game’s footage to portray a crime on national television.

For someone who doesn’t know, GTA IV is an acclaimed action game published by Rockstar Games. It follows the story of immigrant Niko Bellic as he rises through the criminal ranks in Liberty City.

If you’ve played GTA IV, then you probably know how the game’s premise is suitable for depicting a crime. And, indeed, this resourcefulness was used by a Pakistani news channel called “Samaa TV.”

As soon as a Facebook user brought attention to Samaa TV’s unusual experiment, the channel was relentlessly ridiculed by many netizens. However, some people also noted how the channel innovatively used the gameplay footage for its work.

A certain user, on Facebook, highlighted how using a video game to portray a real-world scenario saved animation costs for the Pakistani news outlet. On the other hand, a user joked, “modern problems require modern solutions.”

Just to point out, this is not the first time a Pakistani source has gone viral for using GTA footage. Last year, a Pakistani politician shared a GTA V gameplay video on Twitter, thinking it was real-world footage.

As video game graphics get more realistic with time, we are likely to see more people either using the medium for such simulations or straight-up confusing it with reality.