How to Cool Down a hot iPhone 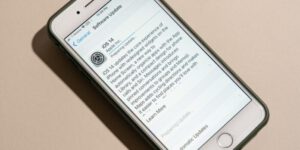 How to cool down a hot iPhone

Overheating smartphones can be a worry. Here are 11 essential tips to cool down a hot iPhone – and check it’s not about to explode

How to cool down a hot iPhone

When smartphones get too hot they start to misbehave and may suffer long-term damage. There have even been a few cases where phones have exploded or burst into flame, although in these cases heat is generally the symptom (of a battery malfunction, for example) rather than the underlying cause of the issue.

It’s extremely unlikely that your iPhone is going to blow up, but troubleshooting its overheating problems now should give you some peace of mind and help it to run smoothly. In this article we offer 11 simple tips to cool down a hot iPhone.

Tips to keep an iPhone cool
If your iPhone keeps overheating, you should look into where and how you are using it. These tips will help:

Remove the case. An extra layer of insulation makes it harder for your phone to cool down. Alternatively, consider a case with heat vents, such as the Razer Arctech Pro.
Don’t leave it in a car in the sun, where temperatures can rise rapidly. Take the iPhone with you when parked.
You may need to avoid direct sunlight entirely if you’re somewhere extremely hot. If you’re on holiday somewhere fiercely sunny, keep the iPhone in a bag or in the shade. Refrain from using the phone if possible.
Avoid playing games. Games, and particularly graphically advanced ones, tax the processor, which heats up the device. AR apps can be particularly taxing.
Stop using Bluetooth, because it provides an additional source of heat. You can do this from the Control Centre: swipe up (or down from the top right on an iPhone without a Home button) and tap the Bluetooth icon.
Turn off Location Services. GPS is probably the single function that heats up an iDevice the most. Turn it off using Settings > Privacy > Location Services.
Avoid using Maps turn-by-turn directions. This mode generates a lot of heat.
Avoid charging until you get somewhere cooler, or until the iPhone has had a chance to cool down. Charging heats up the device.
Turn on Airplane mode. This turns off GPS, Bluetooth, Wi-Fi and Cellular data. It’s in Control Centre: tap the plane icon.
If you can manage without notifications, we’d suggest turning the iPhone off entirely when not in use. Hold down the Sleep/Wake button and slide to power off the device. (If you’ve got an iPhone 11 or other handset without a Home button, you should instead hold down the power button and one of the volume buttons.)
There are some products on the market that claim to cool down hot phones, such as the 10W Fast Wireless Charger and Momen Gaming Controller & Phone Cooler; both incorporate fans. We’ve also found that Moshi’s Magnetic Car Mount, which slots into your vehicle’s air conditioning vents, tends to cool down a handset as a side-effect if the AC is turned up high.
Hopefully these tips will help you to keep the iPhone running at an acceptable temperature. If not, it’s possible that there is a more serious fault, and you should make an appointment at Apple’s Genius Bar.

Is the weather too hot for my iPhone?
All the current iPhones are designed to operate at an ambient temperatures of between 0 and 35º C (32 to 95º F). That means the temperature of the air around the device, rather than the device itself – it gives you an idea of the numbers to watch out for when looking at the weather forecast.

In the UK, our temperature rarely strays far above or below those two points, so you’re usually okay. (In high summer it’s been known to go slightly hotter than the operating parameters, particularly in recent years. The record is 38.7 º C, set in Cambridge in July 2019.)

A few degrees either way for a short period on a couple of occasions shouldn’t cause long-term damage, but iPhone owners in really hot or cold countries may need to be more cautious.

You should be careful leaving your iPhone outside in the winter, or in a parked car in the height of summer. Both of these can push the temperature outside of its operating norm.

What happens when an iPhone overheats?
When the iPhone overheats severely it will display a warning message that the iPhone “needs to cool down before you can use it”. Normally this will be displayed on a black background, although if you’re using navigation it will appear as an overlay alert.

To resume use of your device as quickly as possible, turn it off, move it to a cooler environment, and give it a chance to cool down. The following things will happen when your iPhone is in cool-down mode:

The device stops charging.
The display dims or goes black.
Cellular radios will enter a low-power state. The signal may weaken during this time.
The camera flash is temporarily disabled.
This can be a bit unnerving when you first see it. But aside from the inconvenience of not being able to use the phone temporarily, there are usually no further problems.

If you’d like to read Apple’s official line on the subject, take a look at Keeping devices within acceptable operating temperatures.

Do I need to be worried about my hot iPhone?
Normally not. Apple advises users that it is normal for an iPhone to get warm when performing demanding tasks such as updating, restoring from backup, analysing data (in Photos face tags, for instance) or running an AR app. It should go back to the normal temperature after the task is complete.

Is my iPhone going to explode?
This is very unlikely.

iPhones have been known to overheat to catastrophic levels – on one occasion melting the floor mat in a Florida woman’s car – but these have been isolated cases and usually turn out to be the result of an accident of some kind. The mat-melting iPhone, for instance, had been dropped in a pool some time before.

(If your iPhone is dropped in water and then miraculously recovers, you should still get it checked out. Internal corrosion could cause trouble down the line.)

In this case the phone was damaged previously, and the ‘explosion’ seems to have happened when the owner pressed down on the broken screen to show what was wrong with it. But this was not an unprecedented incident, even at that shop, whose owner said that three years ago a similar mishap happened with an iPhone 5.

“When they blow, they smoke like that because the two chemicals in the battery mix,” said Owen. “It sets off a toxic green haze. It set the whole bin on fire.”

More recently now, you’ve probably heard about Samsung and its overheating (but otherwise excellent, ironically) Note 7 phablet. The batteries in some Note 7 handsets overheated to dangerous levels, to the extent that Samsung recalled the product completely.

This is alarming stuff, but bear in mind that this affects only this one model in Samsung’s smartphone lineup, and none in Apple’s iPhone lineup. Rival phone manufacturers sometimes source components – including battery units – from the same suppliers, but there is presently no suggestion whatsoever that this fault will cause problems for Apple or other companies other than Samsung.

We hope this advice has been useful! For similar information applicable to your other Apple devices. Always check our Blog

How to set a second face on main face ID

How to Earn and spend CoinMarketCap free Diamonds.