How to record phone calls on Android 10

Do you want to know how to record phone calls on Android 10? Recording a call can be very useful in some cases, provided that legality allows it specific. The problem is that Google has limited and blocked the wheels for recording calls from Android 9 Pie. 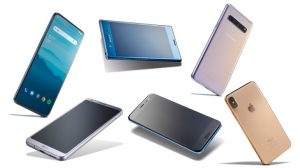 Can your mobile phone record calls?

If you have Android 10 and want to record calls, the best thing that can happen is that recording is integrated into the phone application. The mode varies from level to level, although the most common is that a record button appears in the phone’s app interface when a call is in progress.

Note that some levels of personalization include call recording in some countries and not in others or in previous versions and not with the most modern operating systems. With so many variables, the easiest thing is to make a call and see if the record button is displayed or not.

Android has significantly limited the ability of third-party applications to record phone calls on Android 10, but these limits do not apply to pre-installed applications, which do not have to comply with Google Play rules and may have special access. Therefore, the best thing that can happen is that your mobile phone includes this standard feature.

On the other hand, call recording requires cell phone hardware and software, as not all cell phones allow an application to use the microphone if it is already in use by another application, as happens during a call. All of these factors influence whether or not call recording is successful.

Also, remember that you must always follow your country’s legal regulations regarding call recording and even if it is not required in your specific case, it is always a good idea to inform the other person that you are recording the call.

How to record phone calls on Android 10

There are two big names that sound every time we talk about call recording on Android: ACR and Cube ACR. The first one is a very popular application which is quite good. After installing it, you need to grant all the necessary permissions, which are many, before you can start using it.

Keep in mind that if you are on Android 10, it is very likely that the Google Play version does not help you record calls, since the developer has been forced to disable some features that Google no longer allows. In this case, you will need the UnChained version, which you can download from APKMirror.

The UnChained version of ACR includes an accessibility service with which the application is able to read the caller’s phone number and is more likely to succeed than the multi-level version available on Google Play.

For the rest, the use of the application is extremely simple, since there is no need to do anything except answer calls or make calls. The application is activated in the background (you can see it in the notification it is recording) and for recording as soon as the call ends.

If all went well, you can see the registration in the application. Keep in mind that starting with Android 9, the most that most

recording apps aspire to is recording via the mobile phone microphone. That is, you will hear the other party in a low voice if you don’t use the speakerphone mode. The quality is not exceptional, but unfortunately, there is nothing that can be done for the moment. A good tip is to make sure you are in a quiet place before you start recording.

If for any reason you have not been successful with ACR, you can try Cube ACR, another extremely popular call recording application. The process is very similar to what we saw before, giving first a good set of permissions: many of them mandatory and others optional if you want additional features (such as knowing where you were when they called you).

As with ACR, part of these authorizations requires the activation of accessibility service, to which the authorization is added to appear superimposed on other applications. This is because Cube ACR shows a recording button that allows you to activate the recording whenever you want.

Cube’s default ACR setting is that it will start recording as soon as you pick up the phone or call someone, so nothing else needs to be done. If you prefer to record manually, you can change this setting from the settings. From the mobile button displayed during a call, you can also start and stop recording or deactivate recordings for this number.

When you finish recording and if all went well, you will be in a position to view the recording in the main Cube ACR screen, including the phone number you have dialed and with the ability to play faster.

An advantage of Cube ACR over ACR is that it has more options which can be useful if you are not very successful in recording a call. From the recording settings, you can choose different audio recording sources to try other methods. There is no guarantee that a configuration other than the default will be more successful, but it is a good alternative if all the methods give you error.

As mentioned earlier, hardware plays an important role in compatibility, or not, with recording phone calls on Android 10, so if none of the previous methods worked for you, your cell phone may not be physically able to perform. the function.

How to block ads in apps on your Android smartphone [Guide]