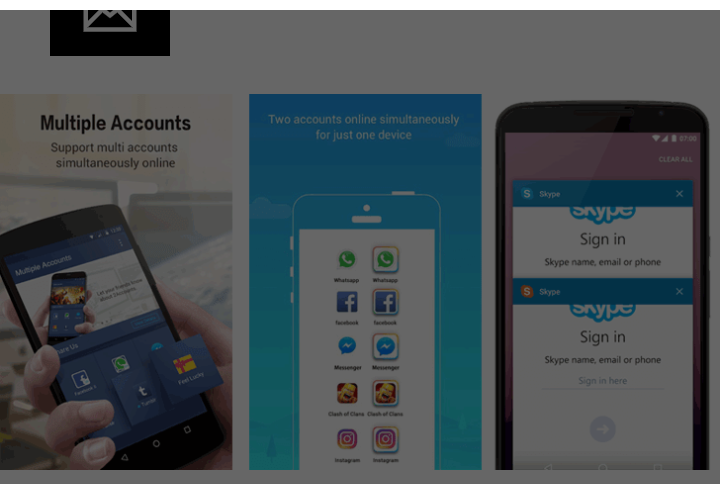 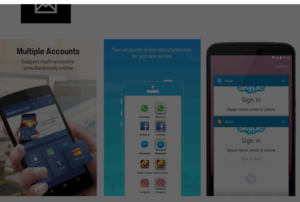 How to Run Two WhatsApp Accounts in One Phone | Dual WhatsApp

WhatsApp is one of the most popular and commonly used Instant messaging apps these days, and due to its simplicity and easy-to-use interface, users are able to use it without any hassle.

WhatsApp lets its users send and receive messages that are end-to-end encrypted so that only you and the person you’re communicating with can read the content of the message, and nobody in between, not even WhatsApp.

Each and everything on WhatsApp comes quite handy, but what is the most disturbing part that you come across?

However, this is where WhatsApp puts limitations on its app users. WhatsApp does not allow its users to configure more than one WhatsApp account on their mobile phones.
You might be wondering:

“How do I find an excellent solution to use 2 WhatsApp in dual sim phone that actually works?”

Here below, we have introduced not one but multiple solutions to your problem that will allow you to run two WhatsApp accounts in one phone.
How to Use Two Whatsapp in One Android Phone
There are primarily three ways you can install two WhatsApp on Android simultaneously.

Many newer Android smartphones today allow you to create multiple user accounts on the device, or have a guest account.
So, if you want to run 2 WhatsApp accounts on 1 phone, you can take advantage of the multiple users to set up an all-new profile separate from the primary account on your Android smartphone.
In this parallel space, you can download second WhatsApp from Google Play Store to configure a new account from scratch.

The multi-user feature is available in the Android’s Lollipop and later versions, as well in some custom ROMs.
How to Set Up User Profiles on Android
Add Multi-User in Android smartphone. For this, just go to Settings and click on Users and then Add User (or add a Guest account), or just pull down the notification bar, tap the user icon, and tap on Add Guest or Add User.
After creating a new user, provide complete details to set up the new account.
Switching to the New User will provide you with an all-new phone interface with default phone settings.
Now it is time to install WhatsApp in the New User Mode by heading on to the Play Store.
Once the new WhatsApp app is downloaded and installed, enter all the details, and provide your another mobile number which is not configured with your original active WhatsApp account. That’s it.
Congratulations, you have successfully install 2 WhatsApp accounts in one single phone without rooting or installing any other third-party software.
With the multi-user feature, you can even enjoy more than two WhatsApp accounts on the single Android phone.
Just make sure you also have a mobile number not connected to any active WhatsApp account, because WhatsApp by no means allows you to create two WhatsApp account using a single phone number.

Method 2 — Android Apps to Clone, Run and Manage Multiple Accounts
It’s not unusual… many people create multiple online accounts on the same service so that they can efficiently manage various tasks or can keep their personal and professional life isolated.
In such a situation, we sometimes feel the need to have multiple accounts of the same app on a single smartphone, not just WhatsApp.

Method 3 — Use SwitchMe Multiple Accounts to Run Multiple Accounts
How to Run Two WhatsApp Accounts in One Phone | Dual WhatsApp
SwitchMe is an Android app that allows you to have two separate WhatsApp accounts on a single Android device, but this app requires your Android smartphone to be rooted.
Although we do not encourage our users to root their devices, users should be aware of such apps.
Now, Here’s the deal:
Switchme multiple account app allows you to log in and out of multiple user spaces however it needs root access to do this.
However, users cannot access the other profile from their current profile because each account within the multiple profiles will have its settings, applications, and data.
Follow these simple steps to go:
Root your Android device.
Make sure that you have WhatsApp app installed on your smartphone.
Install SwitchMe Multiple accounts on your smartphone.
Run SwitchMe Multiple accounts, it will ask for Superuser request that you need to grant.
Now create a user profile with your name in the SwitchMe app. This profile will be an administrator account containing all the current apps and settings, and will also reflect your WhatsApp profile that is already installed on your smartphone.
Now create another profile using a different name by tapping on the Create Profile button in the SwitchMe app, and then choose the Switch option by selecting this account.
Now your smartphone will restart automatically and once it is ready to use, install official WhatsApp again from Google Play Store and register it for the different phone number. That is it.