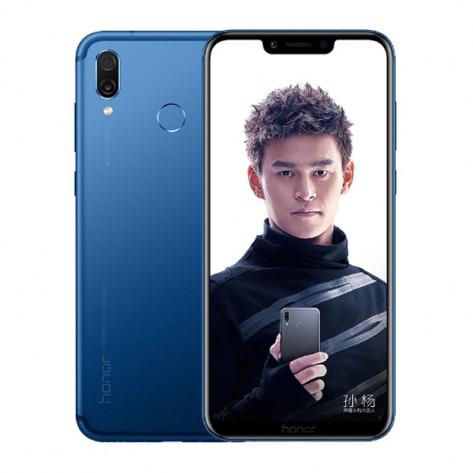 The new Honor flagship is basically a gaming centric smartphone. It’s the first Honor device to feature the revolutionary GPU Turbo technology that enhances GPU performance significantly by increasing graphics processing efficiency by up to 60%.

The Honor Play boasts of 4D gaming experience, powered by the same GPU Turbo technology. 4D gaming is possible because the Honor Play can detect a number of gaming scenes including shots, explosions and quakes. You also get a 3D sound experience, so you’ll be able to clearly locate the angle of firing. The phone also reportedly features a special film on its screen to reduce reflection and improve gaming experience under light. It also features in-game network optimisation which promises seamless shift from Wi-Fi to mobile data in order to ensure uninterrupted gameplay.

The phone is running on EMUI 8.2 based on Android 8.1 OS. Offers a fresh, fast platform to help you stay connected and productive while you’re on the go.

Kirin 970 Processor with 6GB of RAM

the phone has a 6.3-inch FHD+ 2340 x 1080 display with a notch on top. Unlike other Honor flagships, this one features a metal back and U shaped antenna lines.

Provides plenty of storage space for your contacts, music, photos, apps and more. Expand storage up to 256GB by adding a microSD card (sold separately).

The phone has a decent 3750mAh battery inside which should be good enough for a day’s worth of gaming. Ultra Power Saving mode lets you keep your phone powered on for longer in between charges. This mode changes your screen to black and white and shuts down all unnecessary features to dramatically minimize battery consumption.

Support Face Unlock and Swipe your finger on the back sensor panel to unlock your phone. Share your 4G data connection with other compatible wireless devices. Store and play your MP3 files on your phone.