Huawei Mate V set to launch with a fold-in design 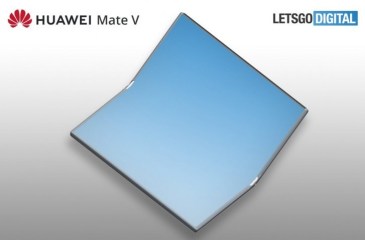 In less than a month time, Samsung will announce the Galaxy Fold 2 smartphone. Like its predecessor, the Fold 2 will sport an inward folding build.

According to LetsGoDigital mentioned that the firm trademarked the ‘’Mate V’’ brand name with the European Union Intellectual Property Office (EUIPO). Rumours have it that the Huawei Mate V could surface with a fold-in design like that on Samsung foldable phones later this year.

It is speculated that the upcoming foldable smartphone from the Chinese firm could be named Huawei Mate X2. Since the smartphone will likely feature an entirely new design, the company may give it a different name and probably start a new series from there.

Some images of what the Huawei Mate V will look like have been shared, and the renders confirm the fold-in design that was earlier speculated.

The company is yet to release the complete details of the smartphone as of now. However, the main display is rumoured to support a 120Hz refresh rate.

Quick way to exchange Bitcoin for Naira (Payout in 10 seconds)