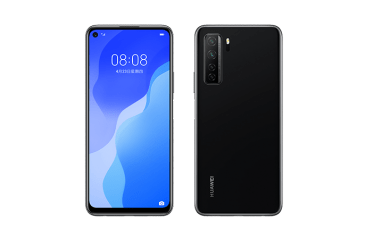 Huawei Nova 7 SE smartphone which was unveiled last April featured the powerful Kirin 820 chipset. At a time the smartphone was no longer available as Huawei discontinued the model.

But then the brand released a Dimensity 800U variant of the Nova 7 SE later in October 2020. The phone arrived as Huawei Nova 7 SE Vitality (Youth Edition).

Huawei before last year ending announced the Nova 8 series. Now, rumor have it that the firm is gearing to launch a new smartphone in the Nova 7 series.

If the speculations are legit, the upcoming device will arrive as Huawei Nova 7 SE 5G LOHAS Edition.

The phone has appeared with its specifications, images, pricing information on the website of China Telecom.

The upcoming Nova 7 series smartphone would feature the new Kirin 820E chipset. Details of the chipset remains a mystery.

However, the handset would arrive with 8GB of RAM and a native storage space of 128GB. It would ship out with the EMUI 10.1 based on Android 10 OS.

The Nova 7 SE 5G LOHAS Edition has a 16-megapixel front-facing shooter that allows the user to take selfies and make video calls.

The handset draws power from a 4,000mAh battery. Recently, the phone surfaced with a 40W charger on the database of 3C certification platform.

The revelation suggests that the Huawei Nova 7 SE 5G LOHAS Edition would arrive with support for fast charging.

The handset will debut in colours like green, silver, purple, and black.

The China Telecom listing further stated that the phone would hit Chinese market on January 22 for 2,299 Yuan (~$359).