IBM said to be working on a 1000-Qubit Quantum Computer 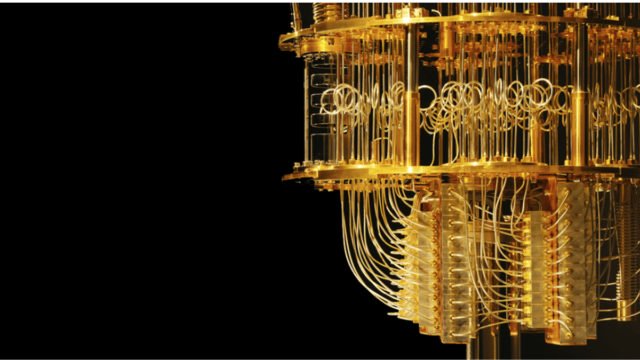 ew York-based IBM has published its roadmap for quantum computing hardware. Among other goals, the company plans to have a 1,000 qubit machine ready by 2023.

Google has recently shown promising developments in the field of quantum computing. Honeywell, another American company, recently claimed to have the “world’s most powerful quantum computer.”

IBM has reportedly said it’s on the way to building a quantum processor with about 10 to 50 logical qubits by 2023. IBM’s current quantum processors max out at 65 qubits. According to the roadmap, it plans to introduce a 127-qubit chip next year, a 433-qubit one in 2022, eventually reaching the 1,000 qubits goal.

The company is also building a new dilution refrigerator to store the larger chips. Further, IBM is working on ways to connect multiple units to achieve the functionality close to today’s multi-core processing.

About Qubits and Quantum Computing

The computational supremacy of quantum computing is likely to come in handy for many purposes. Applications like artificial intelligence, cybersecurity, and cryptography are likely to benefit the most. It is so because these applications require large amounts of data processing at lightning-fast speeds to deliver accurate results.

In an interview with TechCrunch, Dario Gill, VP of AI at IBM, said, “The future is going to be where trillions of quantum circuits are being executed every day on quantum hardware behind the scenes through these cloud-enabled services embedded in software applications. ”

He also said that the industry is at a complex point where individual players can’t do things on their own. This is an opportunity for them to work in specialized fields.

Zoom Meetings: How to Auto mute and unmute your Mic