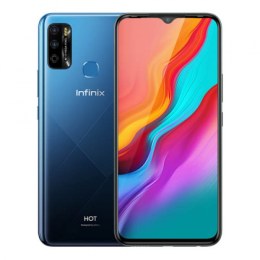 Infinix officially unveiled the Infinix Hot 10 Lite, which is a lower sibling of the Hot 10, in some African markets already.

Based on a fresh listing spotted on the database of the Federal Communications Commission of the United States, the smartphone brand is getting ready to unveil a new member of the Hot 10 family named Infinix Hot 10 Play.

The FCC listing of the smartphone has revealed the model number of the upcoming Infinix phone alongside a couple of other details regarding the phone.

The document mentions that the handset has the model number X688C, and it will offer the user with 2GB of RAM and 32GB of built-in storage space.

The former comprises of two cameras and an LED flash unit.

Further, the listing mentions that the upcoming Infinix Hot 10 Play will be positioned lower than the Hot 10 and Hot 10 Lite.

Being lower than the earlier released Hot 10 branded handsets suggests that the Hot 10 Play will feature reduced specs and carry an affordable price tag.