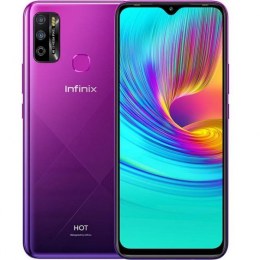 Reports have it that Infinix seems to have a new device called Infinix Hot 10 in works.

The mystery device surfaced on Google Play Console and right now, some of its specifications have been released by 91mobiles.

The smartphone’s TUV Rheinland Certification has revealed the capacity of the battery it will carry.

According to the Google Play Console listing, the Infinix Hot 10’s display will feature a punch-hole and carry support for HD+ resolution of 720 x 1640 pixels. It will offer a pixel density of 320ppi.

As for the processor, the device will likely be driven by the Helio G70 chipset alongside 4GB of RAM. Out of the box, it will come pre-loaded with Android 10 based on Infinix UI.

Other details of this upcoming smartphone are still yet to come.

The appearance of the Infinix Hot 10 on Google Play Console suggests the device will launch soon – probably before the end of this month or early in September.