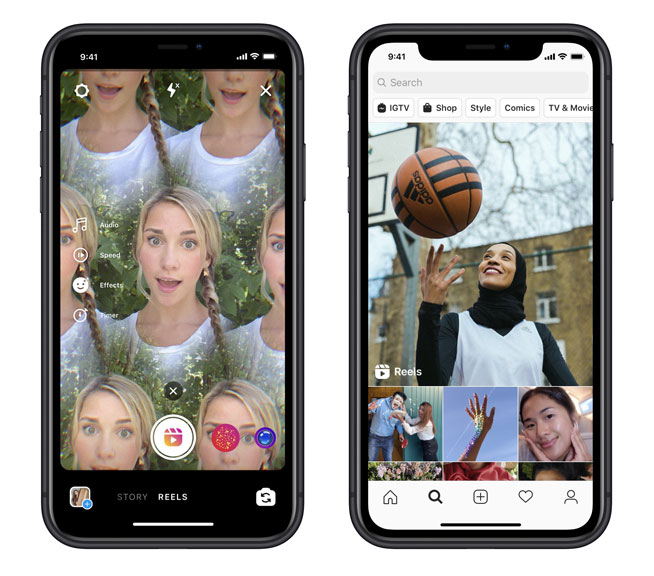 Instagram has launched Reels, a TikTok look-alike. Reels is a new format for Instagram Stories that allows users to create and share short-form video content on the Explore page and with followers. Here’s everything you need to know about Reels‘ launch and how it works. Reels lets users edit 15-second multi-clip videos with the addition of music.

It will be recalled; Instagram began Stories after copying the same feature from Snapchat. Facebook had initially attempted to compete with TikTok with the Lasso; a standalone app which it tested in some markets. Lasso was shut down last month since it wasn’t adopted by many users. Unlike Lasso, Reels is embedded in Instagram and it will appear on the Explore page and on feeds from the ones shared by people you follow.

Open the Instagram camera at the top left corner of your screen, select Reels tab down below the screen. Creative and editing tools such as Audio, Speed, Effects and Timer will appear on the screen.

You can Create Reels by recording multiple videos and editing them with the creative tools for one final 15-seconds clip or by using existing videos in your gallery. Press and hold down the capture button to begin recording and release to end your recording. You can also monitor the progress bar at the top of your screen.

Reels can be shared with your followers and also shared to a dedicated Explore page which gives it the chance to be seen by a wide range of people. Reels respects your privacy settings just like a regular Instagram post. If you decide to share Reels on your Story, it will not appear on your profile or the Explore page, it will also disappear after 24 hours.

Reels is available in more than 50 countries including the United States and other key markets of the world.