Unlike the iPhone 11 and iPhone XR with an IPS LCD display, the new iPhone 12 comes with a Super XDR OLED display offering the same 6.1-inch display size. It comes with 2532 x 1170px resolution, Dolby Vision, HDR 10, HLG, and 460 pixels per inch.

Both devices come with a wide notch that houses Face ID technology, and a significant reduction in bezels around the display. With this, Apple was able to lay claims to the iPhone mini as the smallest, thinnest, and lightest 5G phone in the world. 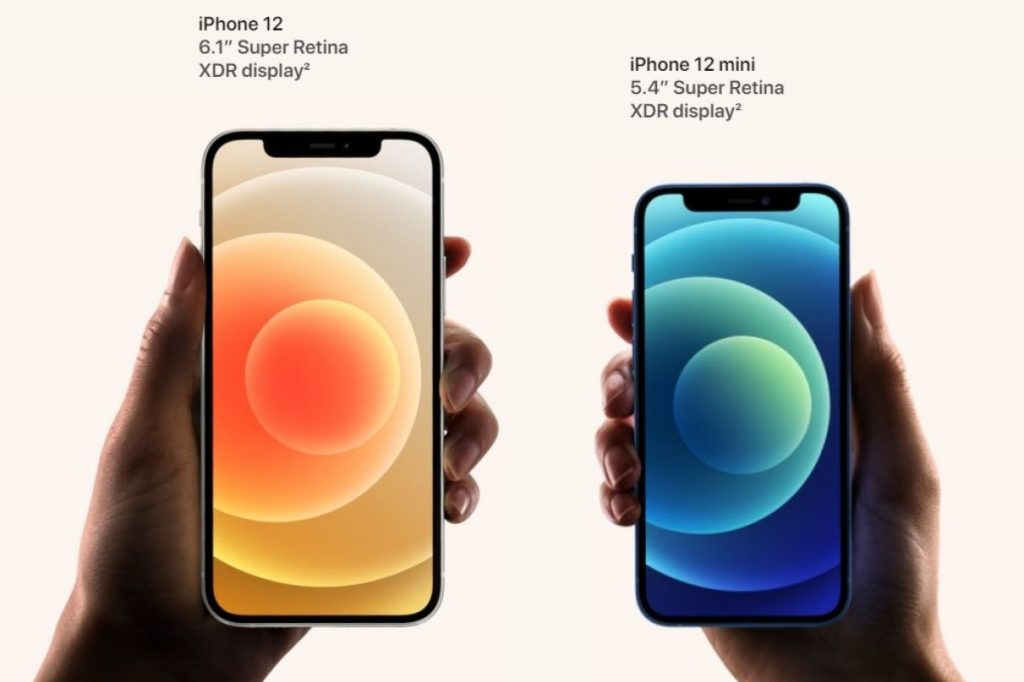 For the first time, Apple is using a “mini” moniker on its iPhone lineup, which has before now been on the iPod mini, iPad mini, and Mac mini. Where the others on the iPhone 12 lineup, includes the 12, 12 Pro, and 12 Pro Max.

Around the back of the iPhone 12 and mini is a matte glass squircle, which makes for a nice contrast with the rest of the glossy back panel. Both devices support the IP68 rating for water resistance with up to 6meters deep and dust resistance.

Apple did not only work on the reductions of iPhone 12 mini, the standard iPhone 12 is not only 11% thinner, nor 16% lighter but it is also 15% smaller in volume than the iPhone 11. This allows the phone to have flat sides.

The iPhone mini might be “mini” but it does offer identical features as the rest of the iPhone 12 series lineup. Similar to the iPhone 12, it comes with the same display technology, the chipset, the camera system, wireless charging, IP68 rating, and color options.

Apple used the iPhone 4 design from 10 years ago, which is flat aluminum sides that now match the iPad Pro and iPad Air. Both devices are powered by Apple’s A14 Bionic 5nm chip with better energy efficiency and performance than the A13.

The company claims that the A14 Bionic chips offer a six-core CPU (two high and four low) is 50% faster than the A13 chip and other leading chips in Android smartphones. It also includes a four-core GPU, which Apple claims will enable “console-quality games.”

Both iPhone comes with support for 5G connectivity, which is among the main highlights of this year’s iPhone release. The iPhone 12 supports mmWave in the US and sub-6GHz 5G, which is slower.

Apple has tested speeds across 100 carriers and says it can achieve 3.5Gbps in controlled environments and up to 4Gbps in ideal conditions. During the event, Verizon CEO Hans Vestberg announced the nationwide launch of the carrier’s sub-6 5G network. 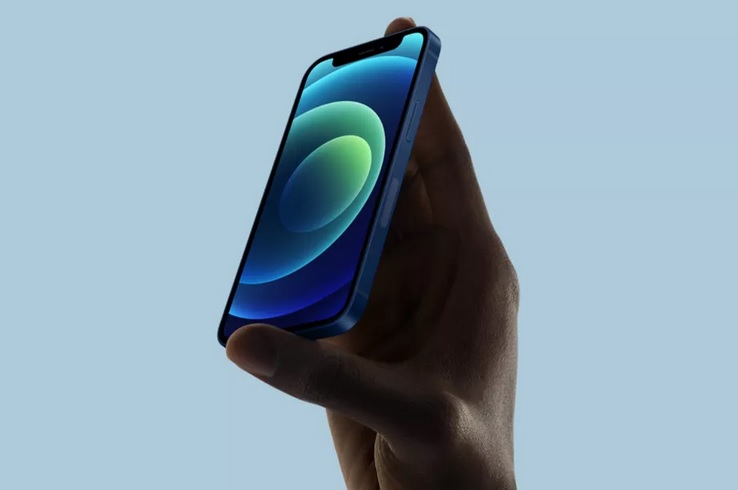 Similar to the others in the series, it comes with a smart data mode that uses LTE when your current activity doesn’t demand 5G speeds. Apple says this will allow the phone series to achieve ideal network performance while balancing battery life

The iPhone 12 and iPhone 12 Mini comes with two cameras, there is the primary 12-megapixel f/1.6 camera with up to 27% better light capture, which is the fastest aperture in any iPhone yet, and a 12-megapixels ultrawide.

Apple says low-light performance has improved, and the company has continued its advancements in computational photography to maximize detail and dynamic range. The front cameras now have support for Night Mode images. 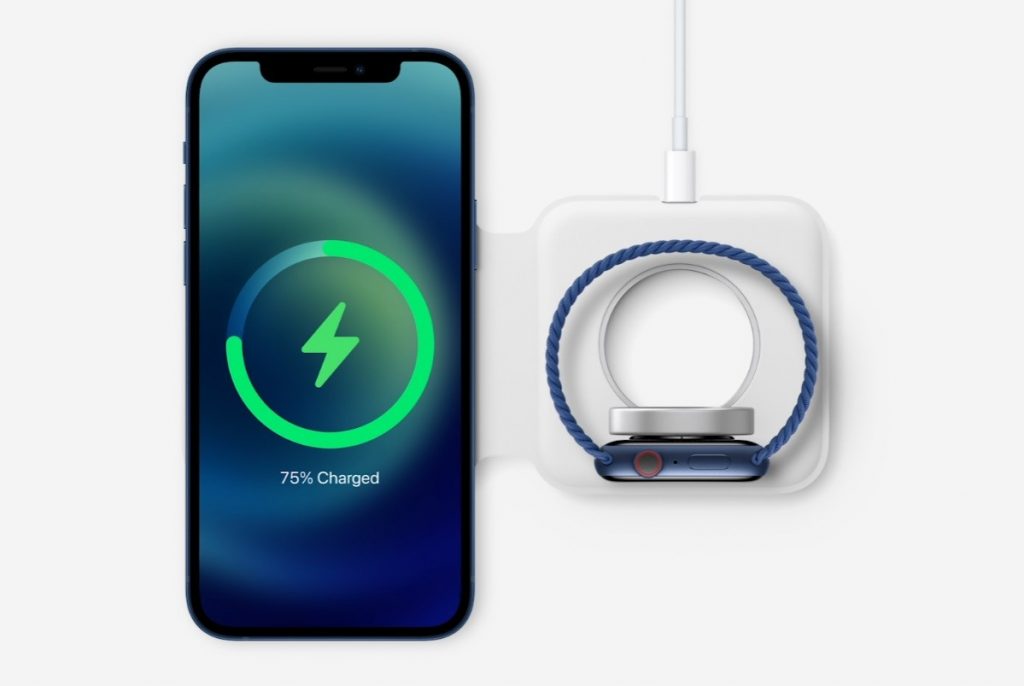 As mentioned in the iPhone 12 Pro model article, all Apple’s new iPhone lacks the Earpods and charger from the iPhone retail package, which has enabled a tiny retail box and a much-improved carbon footprint.

Instead, they all arrived with up to 15W wireless charging, which is the MagSafe system with built-in magnets to guarantee that the iPhone properly lines up with supported MagSafe accessories. Which allows cases, charges, and other accessories to hold onto the iPhone 12 magnetically. 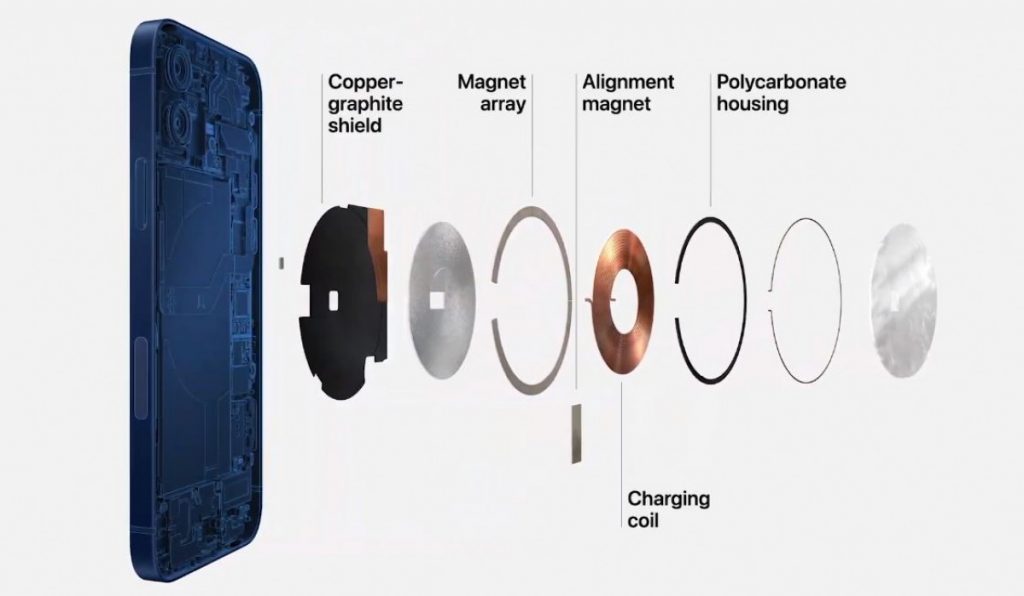 The regular Qi wireless chargers go up to 7.5W, and if you purchase the required adapter, it supports wired charging maxes out at 20W. Apple is introducing a dual wireless charger for the iPhone and Apple Watch that utilizes the new MagSafe tech.

Apple iPhone 12 pricing will start at $829, which is the MSRP and will be open on October 16 with shipments beginning on October 23. While the iPhone 12 mini will starts as MSRP $729 pricing, pre-orders from November 6, and will arrive on November 13th.

How To Use Instagram On PC, See The Complete Guide

Best and easy steps to fix WiFi Problem On Mac

How to display image instead of video or name in Zoom…