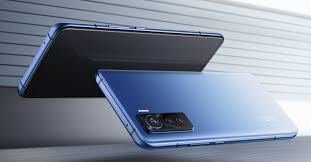 The company unveiled the flagship phones in China. The iQOO 5 lineup includes the iQOO 5 and the iQOO 5 Pro. Both devices feature same specs to a large extent, but the Pro variant of the iQOO 5 series comes with performance-enhanced features and specifications.

The iQOO 5 series debuts with a 6.56-inch AMOLED display with support for 120Hz refresh rate. However, the iQOO 5 Pro features a display with curved edges, unlike the standard version.

As for the lenses, the iQOO 5 series arrives with 16-megapixel front-facing cameras.

On the backside, the smartphones feature triple-camera setups. On the iQOO 5 Pro, the camera setup is led by Samsung’s 50-megapixel GN1 lens. The primary camera is followed by an ultrawide 13-megapixel shooter with a 120-degree field-of-view and a 13-megapixel periscopic telephoto lens.

On the other hand, the camera setup on the iQOO 5 consists of a 50-megapixel Samsung GN1 primary camera, a 13-megapixel ultrawide lens, and an 8-megapixel portrait lens.

Under the hood, the iQOO 5 series is powered by the Snapdragon 865 chipset alongside LPDDR5 RAM and UFS 3.1 storage. Both devices run on Android 10 based iQOO UI 5.0.

According to the company, it takes 15 minutes to fully charge the iQOO 5 Pro, thanks to the 120W fast charging feature.

The iQOO 5 series will be available in the following RAM and storage variants;

The iQOO 5 series sales will begin on August 24. However, the pre-sales of the phones have already commenced in China.