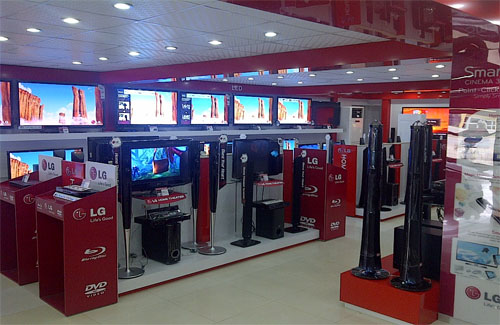 The Coronavirus outbreak has so far impacted manufacturing facilities in China, but as the number of infected people keeps rising across the world.

Both LG and ZTE have announced today that they’re going to skip Mobile World Congress, the biggest yearly showcase in the field, which is taking place in Barcelona, Spain at the end of this month.

A ZTE spokesperson confirmed to us that it’s cancelling its MWC press conference, citing secondary effects of the virus outbreak, as well as practical issues with travel and visa delays.

On the other hand, LG issued a statement which explains that it’s decided to “withdraw from exhibiting and participating in MWC 2020”, “with the health of its employees, partners, and customers foremost in mind”. According to the company, “the decision removes the risk of exposing hundreds of LG employees to international travel which has already become more restrictive as the virus continues to spread across borders”.

Rest assured though, for “in lieu of its participation in MWC, LG will be holding separate events in the near future to announce its 2020 mobile products”.

In the meantime, the GSM Association (GSMA), which is the organizer of MWC, issued its own statement saying “there is minimal impact on the event thus far”. Note that this release came out before LG and ZTE withdrew. MWC 2020 will, for now, proceed as planned, with the GSMA preparing many measures to help mitigate the spread of the virus. read the full statement.

The 2019/2020 Wuhan coronavirus outbreak is an ongoing viral epidemic primarily affecting Mainland China, along with isolated cases in 27 other countries and territories. In early December 2019 a new coronavirus, designated 2019-nCoV, was identified in Wuhan, the capital of China’s Hubei province, after 41 people developed pneumonia without a clear cause. The virus is capable of spreading from person to person. The incubation period of the virus (time from exposure to onset of symptoms) ranges from 2 to 14 days, but it may be contagious during this period and after recovery. Symptoms include fever, coughing and breathing difficulties, and the virus can be fatal.