Facebook continues to receive criticism for its handling of hate speech, corporations and advertisers are pulling away as part of #StopHateForProfit, an activist campaign forcing the social network to counteract harmful content on its platform. 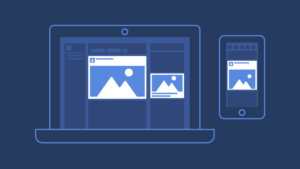 The initiative — created by a civil rights coalition that includes the Anti-Defamation League, the NAACP, Color of Change, and other nonprofits — believes Facebook failed to censor President Donald Trump when he warned protesters in Minneapolis, “When the looting starts, the shooting starts.”

The group organizing the boycott has called on businesses to pause Facebook advertising for the month of July. Facebook earns over 98 percent of its revenue from ads, which brought in $70 billion in 2019 alone.

“Let’s send Facebook a powerful message: Your profits will never be worth promoting hate, bigotry, racism, antisemitism and violence,” the Anti-Defamation League wrote.

The campaign comes amid widespread racial justice protests across the U.S. The Anti-Defamation League claims Facebook allowed “incitement to violence against protesters fighting for racial justice in America in the wake of George Floyd, Breonna Taylor, Tony McDade, Ahmaud Arbery, Rayshard Brooks and so many others. Could they protect and support Black users? Could they call out Holocaust denial as hate? Could they help get out the vote? They absolutely could. But they are actively choosing not to do so,” the organization wrote on #StopHateForProfit’s webpage.

“We deeply respect any brand’s decision, and remain focused on the important work of removing hate speech and providing critical voting information,” Carolyn Everson, Facebook’s vice president for global marketing, told NBC News. “Our conversations with marketers and civil rights organizations are about how, together, we can be a force for good.”

One estimate suggests that more than 530 companies will participate in the boycott. Here are some companies that have taken the plunge already: