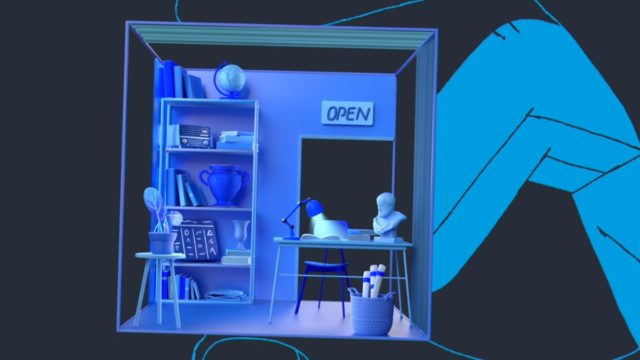 To stay current about future technologies, you might be interested in visiting the new portal Microsoft has created to showcase its research projects. The Innovation portal was spotted by WalkingCat who revealed that Redmond has also trademarked the word ALT.
It probably goes in line with the philosophical tagline you’d find on the website, “The future from an alternative perspective.”

To name a few projects, Microsoft talks in detail about fusing art & science, creating a planetary computer, biological computation, and the next-generation of artificial intelligence.
The company has also put up interactive web pages to give users an idea of the projects. For instance, one of the future wearables is a smart scarf fitted with various sensors; it changes color based on the user’s situation. The scarf emits different colors depending on the quality of air around the user or a brighter light while walking at night.
Microsoft has created a new plug-and-play platform called Project Brookdale that allows fabric designers who don’t have a coding background to create such smart wearables.
Microsoft talks about more of the futuristic technologies that you’ll probably imagine after getting stoned, for example, talking to the plants. Yes, Microsoft, along with Helen Steiner, has been working on Project Florence for a couple of years that will allow us to text something like “Good Morning” to a plant and get a response.

There is a lot of work in the background to convert human language into plant language and back.
With that said, Microsoft acknowledges that not all of these innovative ideas would end up as products and may just become the stepping stones for future technologies.