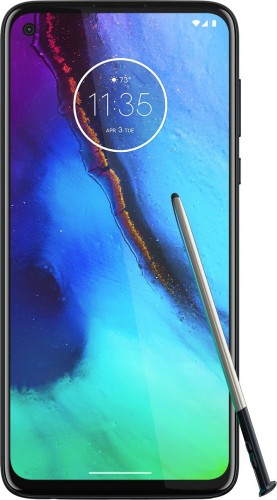 The China owned consumer electronics and telecommunications company technology firm Lenovo which primarily manufactures smartphones and other mobile devices running the Android operating system developed by Google Motorola is hosting an event on February 23 where it’s expected to announce the Moto G8, Moto G8 Power, and the Moto Edge+. Alongside those, the Lenovo subsidiary is also expected to unveil the Moto G Stylus, specifications of which have now leaked online.

The stylus-wielding phone will sport a 6.36″ FHD+ display, which from previously leaked renders and live images we know will have a punch hole in the top-left corner.

In terms of imaging, the Moto G Stylus will have a 25MP selfie snapper on the front and a triple camera setup at the back comprising a 48MP main, 16MP ultrawide, and 2MP macro modules. The 16MP unit is the Action Cam that was first introduced on Motorola One Action.

Moving on, the Moto G Stylus will feature a rear-mounted fingerprint reader and pack a 4,000 mAh battery with 10W charging speed. It will also come with dual SIM card support and NFC depending on the region.

Android 11: List Of Motorola smartphones to get Android 11 Update

Additionally, a newly leaked render shows us the bottom of the Moto G Stylus, which reveals a USB-C port flanked by the 3.5mm headphone jack, the primary mic, speaker, and a slot for the stylus.

And speaking of the stylus, the source says that Moto G Stylus will come with a feature that will let you open an app or launch a shortcut when you remove the stylus from the slot.

The smartphone will also come with an app called “Moto Note” that will let you use your finger as an eraser when using the stylus to draw something. It will let you add a watermark with the date to the notes, too.

Apart from that, you will also be able to track the whereabouts of the stylus using the app, which will record the time and location the last time you removed it from the slot. It will also send a notification if the stylus hasn’t been reinserted into the phone for a while.

Android 11: List Of Motorola smartphones to get Android 11 Update