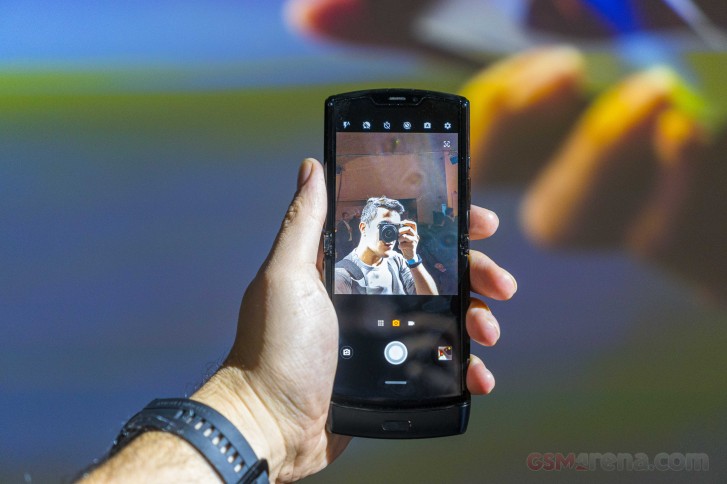 The General Manager of the mobile division of Lenovo China posted the photos on his personal Weibo page. The images read the production date January 9, 2020, of the phone with a model number XT-2000-2, meaning the retail package is ready to hit the shelves.

Those who purchase the phone will receive it in a fancy triangular prism that will be completely black from two of the sides with the Motorola logo on the top. We don’t know whether it will slide upwards or will open like a book sideways, but the Motorola Razr is likely to be unfolded inside.

The device will ship with 6 GB RAM and 128 GB storage and has a Snapdragon 710 processor. There is also one 16 MP camera, but as company officials confirmed multiple times, this device is expected to sell for its form factor and not specs sheet. The price in the United States is $1,499, while Europe is looking at a €1,600 price tag.

Motorola is unlikely to start selling the new Razr at the free market since it has no physical SIM slot – only eSIM – meaning it is limited to carriers that support this feature.

It’s been a few months since Motorola officially unveiled its Razr modernized foldable screem take on the iconic Razr V3 design. Delays in release schedule for the nostalgia-infused handheld followed almost instantly but now the release is finally in sight.

We are sure high interest in the product is only half of the story here, especially now with word of Samsung’s Galaxy Z Flip also on the horizon. Regardless, Motorola appears to be following through with a US release for the Razr.

As per the latest info, the official US schedule for the phone has January 26 set as the pre-order date. February 6 should kick-off unit shipping. In fact, starting February 6, the Razr should even be available in stores, in some limited quantities. We wouldn’t count on enough units for a walk-in purchase, though. As per Motorola’s current exclusivity agreement, the phone will be available at Verizon, Wallmart and Motorola’s own website.

US pricing for the Razr is set at $1,499. Quite steep for a phone with Snapdragon 710 chipset, fairly single 16MP camera and 2,100 mAh battery. Then again the design alone is probably enough to justify the price.

As for the rest of Motorola’s vague list of “select markets” to eventually get the Razr, we definitely know that UK buyers will get it. Pre-orders for the phone are already up, exclusive through EE’s website and only on contract for now.

The order form says that you can expect a unit in 28 days or so, meaning actual Razr unit availability will likely mostly sync-up with the US. In the meantime, you can read more about the phone in our hands-on review.