New Chromebooks to get up to 8 years of updates 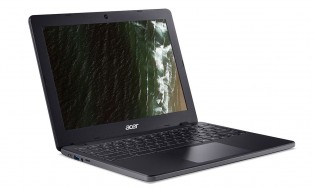 Today, Google’s announced a new update arriving to Chromebooks for Education – like the Enterprise update that came out last year. It also announced that new Chromebooks that Google promises will receive Chrome OS updates until 2028.

For example, if a new Chromebook device arrives next year with the same hardware platform as those two Chromebooks, they’d only receive seven years of updates.

Google also announced its improved Admin Console with faster load times and the ability to search and filter through devices. You’ll also be able to see the Automatic Update Expiration dates for the devices.

At first, Google offered three years of guaranteed updated on older Chromebooks before eventually extending it to six years, thus giving schools a good idea of how long their investment will last.

Google’s efforts for extending the life of its Chromebooks are great, just make sure you know what the Automatic Update Expiration date will be before investing into your enterprise or institution. You can check out a list of planned expiration dates sorted by brand on Google’s Help page.