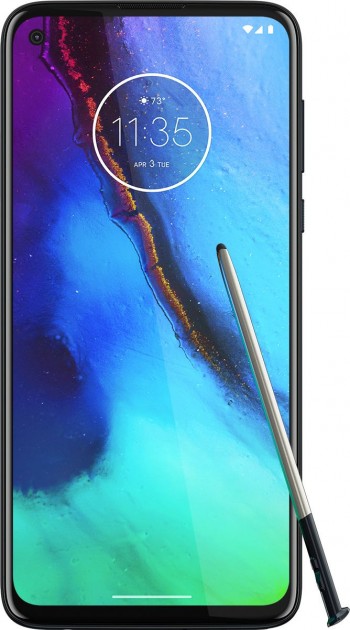 Yesterday, there was a leak of a new Motorola device called Edge+, supposedly high-end, heading to Verizon. Today, a leak render of a mysterious Motorola handset and it is yet unknown whether this is the Edge+ or a completely different smartphone.

To our surprise, the phone comes equipped with a stylus. That’s something we haven’t seen from Motorola for some time now. The render reveals fairly thin side bezels, a chin that’s a bit on the thick side and a punch-hole camera in the upper-left corner.

Once again, it could be the Edge+, but there are no evidence to support that for now. Evan Blass explicitly said that there’s no way to tell that this is the rumored high-end Motorola from yesterday. All we can do is wait and see how it unravels and whether the stylus-equipped phone can go against the recently announced Samsung Galaxy Note10 Lite.

The Chinese giant and multinational technology company who provides telecommunications equipment and sells consumer electronics, smartwatches, smartphones and is headquartered in Shenzhen, Guangdong. The company has expanded its business to include building telecommunications networks, providing operational and consulting services and equipment to enterprises inside and outside of China, and manufacturing communications devices for the consumer market and has also deployed its products and services in more than 170 countries.