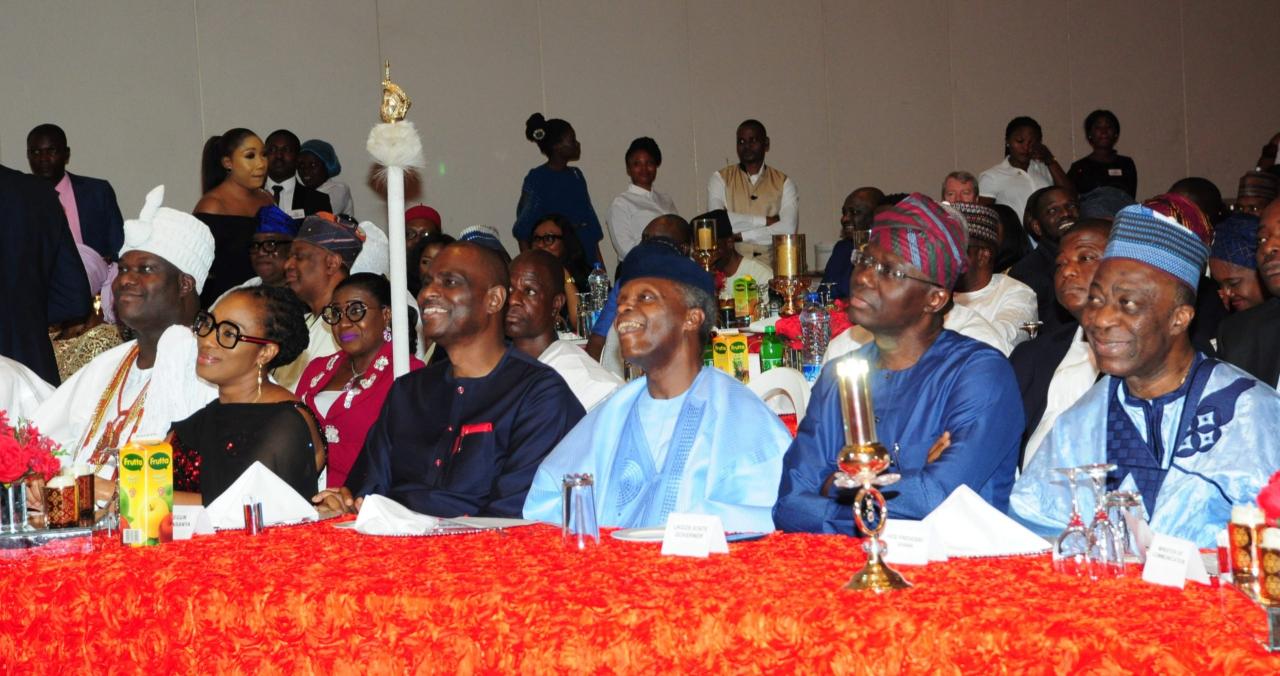 Airtel launches the CSR initiative five years ago to empower communities, underprivileged people by creating opportunities that will drive positive impact across the various communities where it operates.

VP of Nigeria, Prof. Osinbajo on Saturday night in Lagos during the premiere of Season 5 ‘Airtel Touching Lives’, expressed delight over the Airtel’s corporate social responsibility initiative, urging other corporate entities to emulate the gesture.

“I really want to laud the effort of Segun Ogunsanya and his team at Airtel for touching so many lives and for doing so in the past five years without fanfare.

“Listening to the stories of the lives that have been touched must be a reminder of so many others in despair who need our help and comfort,” Osinbajo said

The Vice President added that in 2014, among the fundamental plans of the All Progressives Congress (APC) was to create social safety nets for the people in the country and also to show that the government owed a duty to the weak and vulnerable.

Osinbajo said that part of that social safety net was the feeding of about 9.5 million school children ongoing across 34 states.

He said the Federal Government was also giving monthly cash to about 10 million families.

“In spite of all these social safety net schemes, we are still very far from touching the majority of those who need our help, we still need more resources.

“Because we can’t do it all, that is why socially conscious organisations like Airtel is so vital in bridging the huge gap between what government can do and what is left to be done,” Osinbajo said.

Similarly, the Governor of Lagos State, Mr. Babajide Sanwo-Olu, commended Airtel for many individuals, families and communities that have benefited from the CSR initiative.

He said that individuals and organisations who had done very well in their lives should emulate the company by helping the underprivileged.

“Government cannot do it all, that is why organisations like Airtel have seen that they need to work with us and not behind us.

“As partners we work for the greater good of the citizens of Nigeria.

“Airtel has been going out of its way to really touch lives and has also contributed to Lagos State Security Trust Fund by giving us over 200 lines for all our security operatives in the Rapid Response Squad (RRS),” he said.

Governor Sanwo-Olu said that because of the way Airtel supported citizens, the Lagos State Government would be giving the company huge discounts on right of way.

Earlier in his speech, the Chief Executive Officer of Airtel Nigeria, Mr Segun Ogunsanya, called on kind-hearted Nigerians to join in uplifting the less-privileged members of society.

He said the ‘Airtel Touching Lives’ served as a platform to promote the culture of giving, self-sacrifice, love and charity among Nigerians.

“The initiative is designed to offer practical relief, succour, hope, opportunities and credible platforms to liberate and empower the underprivileged, disadvantaged individuals, families and communities in the Nigerian society, ‘’ he said.

He said the initiative had continued to record tremendous success since it was launched in 2015.

Ogunsanya said that the success of the programme over the years had encouraged the telecommunication company to keep the show coming back every year.