The Nokia 5.4 full specifications have leaked online, and we know what to expect even before its official arrival.

Based on information from a previous leak, the Nokia 5.4 will feature a punch-hole design for the selfie camera. 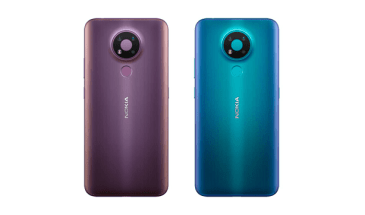 The leak reveals that the Nokia 5.4 would debut with a quad-camera setup consisting of a 48-megapixel primary sensor, a 5-megapixel ultrawide snapper, a 2-megapixel macro shooter, and a 2-megapixel depth sensor.

It will come with a 16-megapixel sensor in its on-screen punch-hole.

On the inside, the Nokia 5.4 will feature the Qualcomm Snapdragon 662 processor. It has 4GB of RAM and storage space of 128GB.

For additional storage, the handset has a dedicated microSD card slot that supports up to 256GB of storage expansion.

The upcoming Nokia 5.4 will come pre-loaded with the Android 10 OS, and it will house a 4,000mAh battery. Presently, it’s unclear whether the phone has fast charging capabilities. If it does, its likely 10W or 18W fast charging.

The Nokia 5.4 may arrive with a rear-fitted fingerprint reader for unlocking the device.

Further, the report mentions that the handset will arrive in blue and purple colour choices.

Meanwhile, the Nokia 5.4 bagged FCC’s approval alongside other models of Nokia devices recently, and it suggests that the launch is right around the corner.