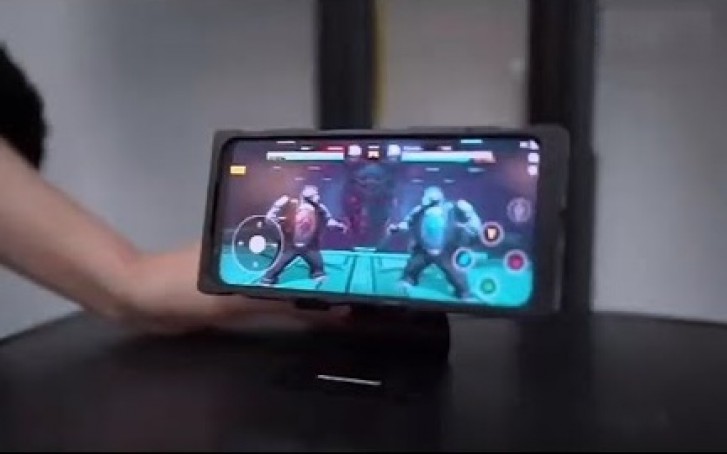 Nubia’s Red Magic gaming phones have been pushing the boundaries in terms of hardware and this will be the case with the upcoming Red Magic 5G. Тhe phone will feature dual-mode 5G connectivity and last week we also learned it will sport a 144Hz refresh rate screen. Now, the brand’s President Ni Fei took to Weibo to show a brief teaser of the upcoming Nubia Red Magic 5G and demonstrate its low latency wireless screencasting feature.

The video shows Fei going through three games that work quite well with no noticeable lag but there are still no details as to how this setup actually works. The phone was placed in a black protective casing which did not give as a full look at the design but the display appears to have some reasonably sized bezels on the front which upon first glance appear to be in line with those of the Red Magic 3S

Going back to the spec sheet, the device is also confirmed to come with the upcoming Snapdragon 865 and yesterday we also saw the phone pass a certification in China which confirmed it’s coming with 55W fast charging. The Red Magic 5G is shaping up to be a very exciting device so we’ll make sure to update you with more info about it once it emerges.