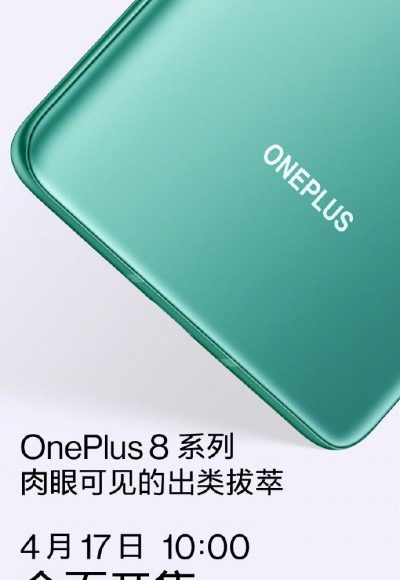 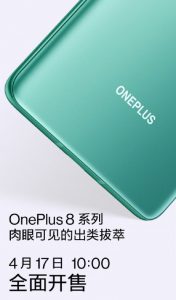 OnePlus is announcing its 8-series flagships on April 14 for the global audience but the company is also planning a separate event for its home market China on April 16. Now, the company has gone ahead and listed its OnePlus 8 series up for reservations through its official web store as well as popular online retailers JD.com and Tmall. OnePlus also confirmed that the new phones will go on sale starting April 17 at 10 AM local time.

The OnePlus 8 series is expected to come with the Snapdragon 865 chipset with either 8GB/12GB RAM and 128GB/256GB storage. Both will be 5G capable and will ship with Oxygen OS based on Android 10. The OnePlus 8 is expected to feature a 6.55-inch FHD+ AMOLED display with a 90Hz refresh rate, while the Pro model will step up to a 6.78-inch QHD+ AMOLED panel with a 120Hz refresh rate.

The Pro model will also come with a quad-camera setup with two 48MP shooters (regular and ultrawide) as well as an 8 MP telephoto module and 5MP depth helper. The vanilla 8 will employ a 48MP main camera alongside a 16MP ultrawide snapper and a 2MP macro shooter.

In terms of battery, we’re looking at 4,300 mAh on the OnePlus 8 and 4,500 mAh on the Pro model with the latter gaining 30W wireless charging capabilities as well as an IP68 rating.