OnePlus 9 Series Renders Reveal Some of its Specs and Design 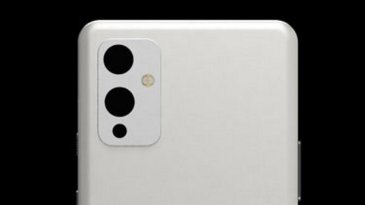 According to 91mobiles, who shared the CAD render of the upcoming OnePlus 9 handset. Based on the information, one of the devices in the lineup may debut with a refreshing rear design.

The CAD render of the OnePlus 9 reveals that it has a flat-screen with a punch-hole design at the top-left corner. It further mentioned that the OnePlus 9 would feature a 6.65-inch display.

The screen, which is 0.1-inch bigger than that on the OnePlus 8, may support a refresh rate of 120Hz.

The information mentions that the OnePlus 9 would have a curved back panel and a rectangular camera module that house two large lenses, a smaller lens, and the LED flash unit.

Excluding the smaller lens, the camera setup on the OnePlus 9’s rear looks pretty identical to that of the Apple iPhone 11.

Unfortunately, the render has no information on the resolutions of the lenses of the OnePlus 9.

Surprisingly, Max Jambor, a reliable tech tipster, tagged the render as inaccurate because it doesn’t tally with the details he has of the OnePlus 9.

Yesterday, one of the two smartphones in the OnePlus 9 series surfaced on Geekbench. The Geekbench listing reveals that the handset will debut with 8GB of RAM, and it will boot to the new Android 11 OS.

The leaked information is not yet confirmed, but as the launch of the OnePlus 9 Series nears, we hope to get more information on the smartphone lineup.