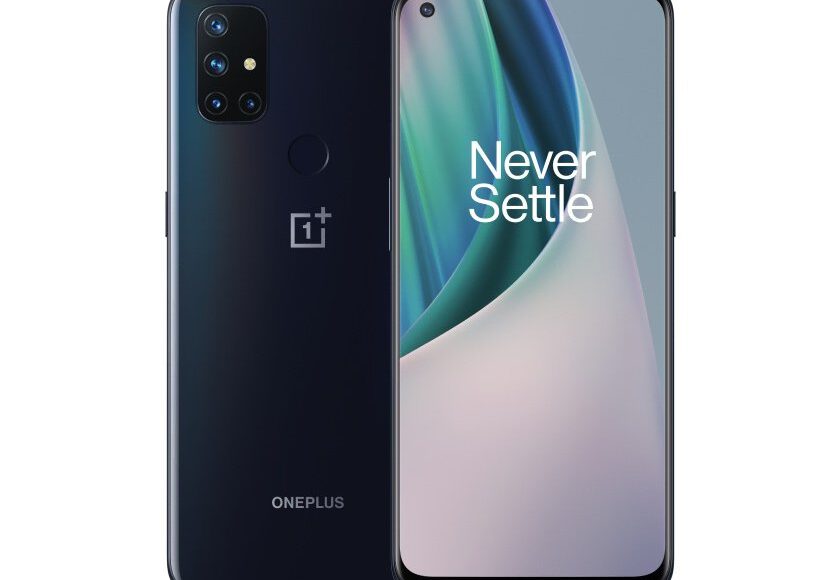 Let’s start with the OnePlus Nord 10 5G — The device comes with a 6.49-inch FHD+ display with a 90Hz refresh rate . It’s an IPS LCD panel instead of the AMOLED display in the original Nord.

Under the hood, the Nord 10 5G is powered by the Snapdragon 690 chipset, which is coupled with 6GB RAM and 128GB storage. Unlike the original Nord, the N10 5G supports expandable storage up to 512GB.

The SoC is supported by a 4,300mAh battery, which should be enough to last an entire day. If not, the device also supports Warp charge 30T fast charging.

The OnePlus Nord N10 5G comes with a quad-camera setup with a 64MP primary camera, an 8MP ultra-wide lens with 119° field of view, a 2MP Macro lens and a 2MP Monochrome lens. Meanwhile, the punch-hole cutout on the front packs a 16MP selfie shooter.

Nord N100 is even more budget-friendly. The device comes with a 6.52-inch HD+ LCD panel. Unlike the N10 model, the device doesn’t feature the 90Hz refresh rate.

There are significant cut downs in the hardware — It comes with a Snapdragon 460 SoC supported by 4GB and 64GB storage which can be expanded to 512GB. On the bright side, the device comes with a whopping 5000 mAh battery that supports 18W fast charging.

The OneNord N100 features a triple camera setup with a 13MP primary camera, a 2MP Macro lens and a 2MP Bokeh lens for portrait shots. The punch-hole cutout on the front packs an 8MP camera.

Both new Nord devices feature a fingerprint sensor on the back, dual stereo speakers, a headphone jack, and come with OxygenOS based on Android 10.

The OnePlus Nord 100 is scheduled to arrive on November 10th in the UK, with Nord 10 5G later in November. OnePlus has confirmed that both Nord models will be coming to North America “at a later date.”

There is no information on the OnePlus Nord N10 5G or Nord 100 India release yet. They will most likely be priced less than the base price of the original Nord.

Back in August, rumors indicated a OnePlus device would arrive in India for Rs. 18,000. OnePlus Nord N10 5G might be it, which would make it the cheapest 5G smartphone in India.