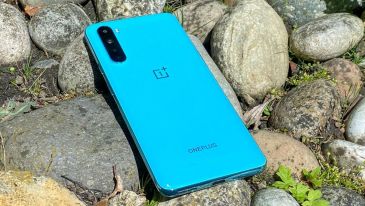 OnePlus recently unveiled the Nord N10 5G and OnePlus N100 budget-friendly smartphones in the US and Europe.

Rumors have it that the new OnePlus budget handsets will not launch in countries like India. It remains to be seen whether that rumour is true.

One of the two smartphones already received approval from IMDA, a Singapore-based certification authority. The certification suggests that the OnePlus device will break cover soon.

According to a tip shared by Mukul Sharma on his Twitter page, the OnePlus device appeared on Singapore’s IMDA data indeed, and it cements the claims about the imminent launch of the phone.

The information on IMDA’s database reveals that the OnePlus handset has the model number BE2029 and the name ‘N10.’

Recall, a similar device with model number BE2028 surfaced on Geekbench benchmarking platform in July. The Geekbench listing shows that the device will feature the Snapdragon 690 5G-ready chipset that oversees operations of the OnePlus Nord N10 5G.

The similarity between the two model numbers further confirms the claims that the BE2029 device will arrive as a Nord N10 smartphone.

Since the specifications and details of the upcoming OnePlus phone remain hidden, speculations have it that the handset could debut with the same specs as the Nord N10 5G but with slight altercations.

The Nord N10 5G is driven by the Qualcomm powered Snapdragon 690 5G chipset alongside 6GB of RAM and 128GB of native storage.

The Nord N10 5G features a 16-megapixel selfie shooter and a 64-megapixel triple camera setup on its back panel.