OPPO announced the Reno4 5G and the Reno4 Pro 5G smartphones in China in June. The two smartphones were the only devices in the Reno4 lineup until reports about a new Reno4 series smartphone surfaced.

The Reno4 SE, which is yet to debut, is rumoured to be the next smartphone in the Reno4 lineup.

According to a  Chinese tipster has shed some light on the device after sharing the full specifications of the smartphone alongside the suggested pricing details. Information about the launch date and launch event remains unknown. 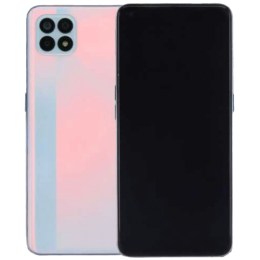 According to the leak, the OPPO Reno4 SE would house a 6.43-inch AMOLED display with a punch-hole design. The display panel offers the user with a 90Hz refresh rate, a 20:9 aspect ratio, and a Full HD+ resolution.

The leak states that the Dimensity 800 chip would probably be the processor to debut with the handset. The Reno4 SE may launch with 8GB of RAM and 128GB of internal storage.

On the front side, the phone would likely feature the 32-megapixel Samsung GD1 camera, for taking selfies and making video calls.

The phone’s rear side may sport a triple camera system, which consists of a 48-megapixel Sony IMX586 primary camera and a pair of 2-megapixel cameras – one is a super-wide lens and the other is a black and white portrait snapper.

The leak reveals that the phone would likely arrive with a 4,300mAh dual-cell battery, which supports 65W fast charging technology.

Price of the Reno4