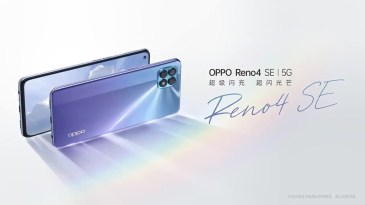 OPPO discreetly launched the OPPO A32 smartphone in China last week. Not long after the OPPO A32’s launch, we discovered that the phone arrived as a remake of the previously announced OPPO A53 smartphone, which debuted in countries like Indonesia and India.

And now, reports have it that the brand is gearing up to take the cover off the OPPO Reno4 SE smartphone in China.

OPPO has confirmed the claims as it announced that the Reno4 SE would debut on September 21. Already, retail sites in China have opened reservation pages for the smartphone.

It has a 6.43-inch AMOLED Full HD+ resolution display. The screen has a punch-hole, which houses the 32-megapixel selfie snapper, on its front side.

Under the hood, it is speculated that the Dimensity 720 chipset would serve as the smartphone’s driving force.

A 4,300mAh battery, which has support for 65W fast charging tech would likely arrive with the Reno4 SE.

For the security, the phone features an in-screen fingerprint scanner.

Pricing details of the two variants remains unknown. However, sometime last week, a listing of the Reno4 SE smartphone was spotted in a China Telkom product library.

Price of the OPPO Reno4 SE