Play Among Us on a Chromebook with Play Store Support

This method is only applicable to Chromebooks that have Play Store support.  If you want to play Among Us on a school-issued Chromebook then go through our next section.

2. Next, search for Among Us (Free, offers in-app purchases) on Play Store and install it right away. 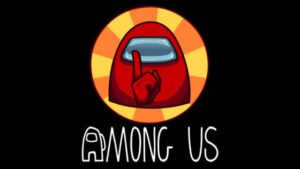 Those users who have a school-issued Chromebook can easily play Among Us through GeForce Now cloud gaming service. You need to buy the game on Steam and you can straight away play the game just on your browser. No need for Play Store or Linux support. And don’t worry if GeForce Now is not available in your region. Just follow the steps below and you will be able to play Among Us on school Chromebooks anywhere in the world.

1. Just go through our guide on how to run GeForce Now on a Chromebook and set up GeForce Now right away.

2. Now search for Among Us on GeForce Now and add it to your library.

4. On the next page, log in to your Steam account and buy Among Us from its store. It just costs $5. Now, go ahead and play Among Us right on your browser.

Play Among Us on a Chromebook Through Linux

If cloud gaming is not for you then you can play Among Us natively on your Chromebook through the Linux container. You need to install the Linux version of Steam and then you will have to buy Among Us from Steam. Here is how to begin.

1. Open the Settings page and set up Linux on your Chromebook, if this is your first time using Linux on a Chromebook. Don’t worry, it won’t delete any data and you don’t need to move to any other update channel.

3. Next, open the App Drawer and search for Steam and open it.

4. Now, it will automatically download all the dependencies and libraries. After the update, you need to open Steam again from the App Drawer.

5. Once Steam is opened, log in to your account. Next, click on Steam at the top-right corner and go to Settings -> Steam Play -> Enable Steam Play for all other titles and click on “OK”.

6. Now, Steam will restart and you will be able to install Among Us on your Chromebook.

Play Among Us on a Chromebook for Free Through Wine

If you are looking to play Among Us for free on Chromebook and without Steam then you need to use Wine. It’s a compatibility layer that allows you to run Windows programs on a Linux system. So here is how to go about it.

1. First of all, set up Wine on your Chromebook.

2. Having done that, download the setup file from here. It has been extracted by Unix2Dos.

3. Now, extract the downloaded folder and move it to the Linux files section.

4. Next, open the Linux Terminal and run the below command.

5. Finally, execute the below command to run Among Us on Chromebook.

6. So this is how you can play Among Us on a Chromebook for free through the Wine emulation layer.