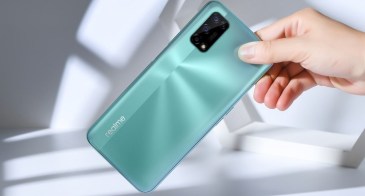 Realme, the Chinese firm released several mid-range and high-end devices, especially under the X50 series, and all devices have good reputation and attractive specs.

Since the beginning of the second half of the year, Realme has only announced the Realme V5. However, it will be unreasonable to think that’s all the firm has in store for the rest of the year.

In June, a Realme phone with model number RMX2121 was spotted on TEENA. Now, rumours have it that the RMX2121 device could be the Pro variant of the recently announced Realme V5.

the RMX2121 device, two other mystery Realme phones with model number RMX2176 and RMX2200 have surfaced on TEENA’s database. The TEENA listing however has revealed some of the details of the two devices.

According to Digital Chat Station, who shared significant specifications of an upcoming Realme phone. It seems he shared the rest of the specs of the RMX2176 phone.

The details leaked by the Chinese tipster mentioned that the OLED screen will deliver Full HD+ resolution, feature a punch-hole design, and a support a high screen refresh rate.

The RMX2176 phone will be powered by the Snapdragon 765G chipset. Combined, it will debut with a 4,300mAh battery and carry support for 50W/65W fast charging technology.

List of countries that wins the MEST Africa Challenge